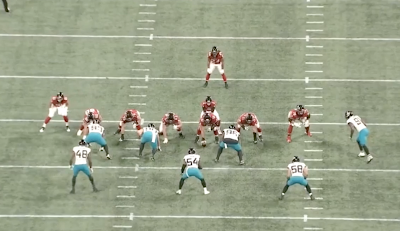 The Vikings made a splash by trading for Jacksonville pass rusher Yannick Ngakoue. Daniel House analyzed Ngakoue's 2019 film and shared what fans can expect from him.

The Vikings have always built their defense around a pair of dynamic edge rushers. After veteran Everson Griffen departed for Dallas, Minnesota decided to pursue other players on the market. The front office wanted to find another weapon to complement Danielle Hunter. On Sunday, the Vikings accomplished this goal.

Ngakoue was franchise tagged by the Jaguars in March. The 25-year-old pass rusher refused to sign his tender and requested a trade. Initially, Jacksonville reportedly wanted a first-round pick for Ngakoue, according to ESPN. As the season inched closer, the Jaguars decided to take less compensation.

Minnesota traded a 2021 second-round selection and a conditional fifth-round pick to complete the deal. Ngakoue also restructured his one-year tender and took nearly $6 million less to play in Minnesota, according to Albert Breer. Breer said Yannick agreed to a one-year, $12 million tender to facilitate the trade.

Since Ngakoue didn’t complete a deal before July 17, the Vikings can’t negotiate a long-term contract until 2021. This means Ngakoue, running back Dalvin Cook and safety Anthony Harris may all reach free agency at the same time.

Minnesota is currently right up against the cap, but other roster moves may be on the horizon. Left tackle Riley Reiff was reportedly asked to take a pay cut, per the Athletic’s Chad Graff. If he doesn’t agree to a new contract, the team may release him to clear $11 million in salary cap space (post-June 1 cut).

Ultimately, the move to trade for Ngakoue shows the Vikings are all in this season. Minnesota may have the best young pass rushing duo in the league. In just four years, Ngakoue has posted 37.5 sacks and 14 forced fumbles. Conversely, during his first four seasons, Danielle Hunter accumulated 40 sacks. Ngakoue and Hunter are extremely disruptive players and win off a variety of pass rushing moves. Both of them are just 25 years old and haven’t even entered the prime portion of their careers.

The Vikings' enhanced pass rush will also help ease a young secondary along. Head coach Mike Zimmer has built Minnesota's defense around a dynamic and versatile defensive line. By having a talented front-four, he can be more aggressive with his coverage schemes. Ngakoue's skill set adds another dimension to the defensive system.

Ngakoue brings detailed pass rushing skills to the Vikings' defensive line. While watching every snap from Yannick's 2019 season, I noted the variety of moves he utilized.

In the clip below, he cross-chops hard with his left arm and turns the corner. This forced Patrick Mahomes to step up in the pocket. There are quite a few instances where Ngakoue bends the edge and creates potential sack opportunties for interior defensive linemen. On film, he often pairs this chop up with a hard right-hand club.

In this breakdown, I wanted to show all of the elements he adds to his cross-chop. In the clip below, Ngakoue appears to cross-chop with his left arm before delivering a huge right-hand club across the left tackle. He uses his hand technique, bend and speed to consistently get edge pressure.
Yannick also deployed the same cross-chop club to finish a sack against Oakland. During this rep, Ngakoue clubs hard with his right arm and then bends around the corner. He does an excellent job of using hand combat to set up his moves.
After executing these type of rushes, he often counters with inside moves. I particularly enjoyed his counter club move. This is particularly effective when the offensive tackle starts oversetting. After utilizing the cross-chop and cross-chop club, there are instances where Ngakoue deploys inside counter clubs with his left arm. He jabs outside and gets the offensive tackle off balance. After this, Yannick clubs hard inside. Ngakoue used this move below and slightly altered the quarterback's timing.
I also chose another example of Ngakoue's inside counter club move. In this rep, he jabs outside, gets the offensive lineman off balance and clubs hard. Ngakoue reaches Deshaun Watson's face as he releases the ball:
Another counter he has in his arsenal is the swim move. Sometimes it looks like he is about to utilize the counter club, but instead, he quickly swims over the tackle with his outside arm. Due to Ngakoue's speed and ability to change direction, it can be tough for an offensive tackle to readjust if they overset. The clip below is an example of his explosive inside swim move. I also love how he retraced Watson and forced a throwaway.
During his first four seasons in the league, Yannick has forced 14 fumbles. When he gets around the corner, he does an excellent job of extending his arm and swiping the ball away. I chose three different examples where this occurred. In the third clip, he uses a speed rush and swipes to sack Sam Darnold. His first step, quick-twitch and bend are tough traits for offensive tackles to handle.
During the first play above, he dips/bends around the corner and forces the fumble. His speed and quickness off the edge are two big weapons.
In addition to the speed rushes, cross-chops and club counters, he also displays his power through long-arms and bull rushes. Entering the NFL, Ngakoue ranked in the 72nd percentile of the strength metric, according to MockDraftable. He mixes in power to complement his speed rushing moves. I chose two examples where he used bull rushes to push the pocket and disrupt timing.
Ngakoue also mixes in an occasional long-arm jab to back up offensive linemen. When Yannick gets his arm extended, he has the strength to knock a tackle off balance. I chose this specific rep from last year's game against Cincinnati:
There is one connection I've been thinking about regarding the acquisition of Ngakoue. Last season, Yannick had an opportunity to work with Vikings Senior Defensive Assistant Dom Capers. Capers held the same role in Jacksonville and helped design many of the team's fronts and blitzes. He knows the strengths of Ngakoue's skill set and can put him in favorable positions right away. Capers' connection had to help the Vikings better understand the type of player they were getting on the field and in the locker room.
Zimmer, Capers, Andre Patterson and Adam Zimmer can certainly design creative packages to take advantage of Ngakoue's skills. While in Jacksonville, he stood up on the edge, aligned in the B-gap and stunted inside occasionally. Zimmer's past defenses have always featured creative blitzes and sub-packages. Ngakoue's versatility is something the coaching staff can take advantage of.
In this Twitter video, I compiled examples of Yannick aligning in different places. You will notice all of the situations where he stunted inside and made an impact. Zimmer loves to run these type of stunts with his edge players, especially against teams with weak interior units.

Ngakoue occasionally stood up inside and created pressure off stunts. This versatility is going to fit very well in the #Vikings' defense.

Zimmer likes to deploy many different fronts and sub-packages. He can certainly use Yannick's speed and length creatively. pic.twitter.com/4rtqAhIQah

The Vikings have so many players in their front-seven who can blitz, drop and cover ground. Ngakoue occasionally displayed his athleticism by dropping into coverage. Yannick's movement skills and range will allow the coaching staff to create unique alignments for him.

When he can't get to the quarterback, Ngakoue often creates disruptions by getting into passing lanes. There are many instances where he reads a screen pass, or knocks down a throw at the line of scrimmage. He even had one defensive touchdown last year. Overall, Yannick creates havoc plays in a variety of different ways.
The final example is one of my favorite plays from his 2019 film. Ngakoue plays very hard and is constantly providing an energy lift to the defense. In this game against Indianapolis, he initially falls down during his B-gap rush, but gets back up and finishes the play. Ngakoue's effort was one thing that really stood out on tape.
Final Thoughts:
Yannick Ngakoue and Danielle Hunter have a chance to be one of the best young pass rushing duos in the NFL. Ngakoue brings explosive playmaking ability to the Vikings' defense. He has a diverse set of moves and knows how to set them up over the course of a game. Not only that, but his dynamic first step, range and versatility are all traits that align perfectly with Mike Zimmer's scheme. The Vikings were searching for another premier pass rusher and certainly landed one by trading for Ngakoue.
Posted by Daniel House at 5:10 PM