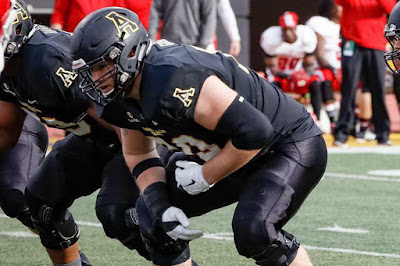 Gossett started all 13 games at right guard, but has past experience at right tackle. He is durable and versatile, starting 46 straight games. Cossett has length, size and the athleticism needed to fit within the Vikings' zone blocking scheme. He projects as a right guard, the experience at multiple positions should serve him well.

"I actually played left guard as well at the recent Senior Bowl, so I'm comfortable at both positions and I've had a few workouts at center as well," Gossett said.

He posted 32 bench press reps, showing off his strength and power as a player. Gossett ran a 5.2 40-yard dash, which is in the 80th percentile among offensive guard prospects. He uses those traits to play physical, while focusing on the technical aspects of his game.

"I really enjoy being very physical and very tough and I play with a lot of emotion, but I'm also going to be very technical while I do that," Gossett said. 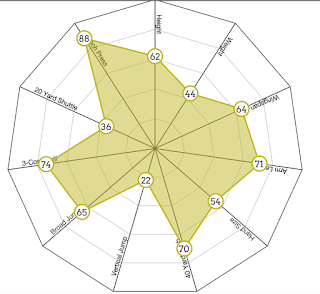 At 6-foot-5, his length and arm span are above average for players at his position. He has the physical traits, durability and versatility the Vikings are looking for in an offensive linemen. Many analysts projected him to be selected in the fifth round, so the Vikings added value at a position of need.

But what can Vikings fans expect when Gossett sets foot on the field? It's likely they'll find a tough, physical offensive linemen.

"Every time I step on the field, I want to be the baddest guy," Gossett said.