A Closer Look at the Vikings' 2018 Draft Strategy 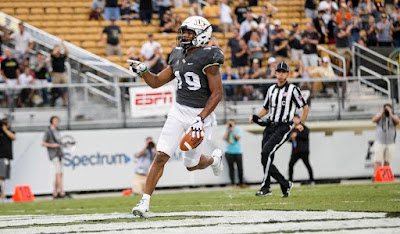 The Vikings' staff drafted with the next three years in mind, while addressing necessary depth spots throughout the roster. Daniel House takes a closer look at their strategy.


The Vikings went into the draft with the hope of injecting depth into a few key position groups, such as cornerback, offensive line, defensive end and three-technique defensive tackle. The main theme this year was clear -- to draft developmental talent as the team projects the roster heading into 2019 and 2020. For many, this might cause skepticism, but it's necessary to think about the future, while projecting how many of these draft-eligible players fit within the current roster.

The process of constructing a team isn't all about drafting immediate contributors. Of course, adding them is important and necessary, but the Vikings were strategic about where they invested their draft resources this year. They also were extra aggressive in free agency this offseason.

With a coaching staff that has taken past potential and developed it into talent, there is more flexibility to draft raw talent. The Vikings' average age among their draft picks is 22 years old, with Ade Aruna being the oldest at 24. This gives the coaches plenty of time to work with these players and hopefully have them ready to fill open starting spots in the next couple years. Until then, they can provide depth, upside and potential assistance on special teams.

First round cornerback Mike Hughes can develop slowly and contribute instantly as a return man. Hughes had some of the best upside among the top cornerbacks and will try to develop his traits under Mike Zimmer and defensive backs coach Jerry Gray. He possesses a nice blend of transition quickness and was exceptional in the three-cone.

Suddenly, the Vikings have a talented stable of young defensive backs. Xavier Rhodes, Trae Waynes and Mack Alexander will start with Hughes and undrafted rookie Holton Hill developing in the background. The team also managed to re-sign Terence Newman to mentor the younger players. The idea the team managed to land Holton Hill in undrafted free agency is hard to imagine. If he can focus on football and stay out of trouble, his size, versatility and physical tackling ability will be a sound fit in Mike Zimmer's defense. In a league where stopping opposing passing offenses is critical, a team can never have enough defensive backs. It is much easier to find replacement options at other positions, but it's much tougher at cornerback. The Vikings have blossoming talent at the top of the depth chart and additional players to develop over the next two seasons. Not only that, but the new additions can serve as depth if injuries arise.

The panic over the Vikings' offensive line

Most in the local community are a little nervous the Vikings didn't immediately address the offensive line with an immediate starter. It's fair, but the entire scope of the offensive line room is worth evaluating. With Mike Remmers' position flexibility, the team had a few directions they could head in the draft. After a major run of offensive linemen, the Vikings elected to draft a player with above average athletic traits. A converted tight end, who moved to tackle while at Pittsburgh, Brian O'Neill had the best 40-yard dash at the combine. His traits fit the mold of a successful developmental tackle, after he adds additional weight. Perhaps he could follow a similar path as Giants tackle Nate Solder, who moved to tackle, tested well athletically, gained weight and became a contributor in New England. I'm not saying they'll be the same player, but the trajectory of development may be similar.

This year, Rashod Hill can serve as the swing tackle, while Tom Compton rotates between guard and tackle. Inside, the team can start Nick Easton and 2017 mid-round pick Danny Isidora. Isidora's college tape and development throughout training camp/last season should leave people encouraged he could serve as a starter. Offensive coordinator John DeFilippo also brought guard Josh Andrews with him from Philadelphia. He has been developing on the Eagles' practice squad and is another player who fits the scheme well. In addition, the team drafted Appalachian State guard Colby Gossett in the sixth round. He was widely considered a top-ten guard talent, but slipped down the board.

Despite playing against smaller schools, Gossett showed he has the movement skills to fit in the blocking scheme and has a mean streak of toughness the team is looking for. He only allowed one sack over the past two seasons and has the technique to play right away (as depth), if needed. Brian O'Neill can sit on the bottom of the depth chart this season as he develops physically. In the event he's needed, he could perform like Rashod Hill did during the late stages of the 2016 season. O'Neill finished with a 98.3 pass blocking efficiency last year, which ranked third among draft-eligible tackles, according to PFF. Getting stronger is necessary to translate to the next level, but he could play in a pinch.

The interior spots are easier to hit in the late rounds and with the Vikings already possessing two serviceable options inside, they had more flexibility. Sure, it might not be the sexy approach right now, but it has the chance to pay off in the next three years. Until then, the Vikings will need to hope Danny Isidora has developed.

Outside of those positional groups, the Vikings managed to add two defensive linemen with interesting traits. Ohio State defensive tackle Jalyn Holmes slid past many teams because he was in the shadows of so much talent with the Buckeyes. When the Vikings worked him out, he ran a 4.77 with all of his length and size. He can rotate into the mix up front as a nickel sub-package rusher. With Linval Joseph and Sheldon Richardson starting inside, Holmes and second-year defensive tackle Jaleel Johnson can rotate into the mix. In the sixth round, the team drafted Tulane defensive end Ade Aruna, a converted basketball player. He has extremely rare leaping ability -- maxing out the percentiles in the broad and vertical jumps. Aruna will need time to make an impact, but has the unique traits of a dominant pass rusher. Defensive line coach Andre Patterson has proven he has an eye for these type of players and could do wonders for players like Jalyn Holmes and Aruna.

One of the other draft goals was to find a mismatch tight end who could be flexed all over the field. Central Michigan tight end Tyler Conklin is the type of player who can place stress on all three levels of a defense. Another converted basketball player, Conklin showed off excellent hands in the red zone to go along with body control in traffic. He might be one of the players in this draft class who sees the most snaps in his rookie year. With tight end being a major emphasis in John DeFilippo's offense, it was important he and the coaching staff found a tight end who could fit the system.

Outside of the draft picks, the Vikings were extra aggressive in undrafted free agency. With so much talent hitting the market, they managed to address more positions of need following the draft. South Dakota State WR Jake Wieneke, Oklahoma WR Jeff Badet and WR Korey Robertson all provide legitimate competition at the wide receiver position. Badet met with the Vikings extensively and had a top-30 visit. He is a spark plug player who is dynamic in space and a threat in the return game. Outside of those additions, running backs Roc Thomas and Kamryn Pettway could compete for the third running back spot. Thomas is gifted athletically and tested extremely well in the vertical and broad jumps, which illustrates his lower body explosion.

On defense, the additions of Washington State defensive tackle Hercules Mata'afa and Texas cornerback Holton Hill were equally surprising. Hill slid due to character concerns, but is the perfect fit for the Vikings' defense. He was one of the best tackling cornerbacks in the draft and is an all around playmaker.

Hercules Mata'afa weighed in at just 252 pounds, which concerned a few teams. Many were uncertain which position he would play at the next level. He potentially could cut weight and play inside linebacker at the next level. However, there's no doubting his playmaking ability as he registered 24 career sacks in college.

Although the Vikings focused on players with upside, they managed to bolster depth in the process. When one evaluates the starting talent currently on the roster, these additions can help in the event depth is needed. Until then, they can develop under daily instruction from the coaches. If these players indeed reach their full potential, this draft has the chance to pay off in the long run.

The Vikings' staff drafted with the next three years in mind, while addressing necessary depth spots throughout the roster. With the overall aggressiveness in free agency this March, along with the focus on patching the depth chart via the draft, Minnesota has created plenty of training camp competition.


Drop by over the next few months as I analyze all of the moves leading up to training camp in July!