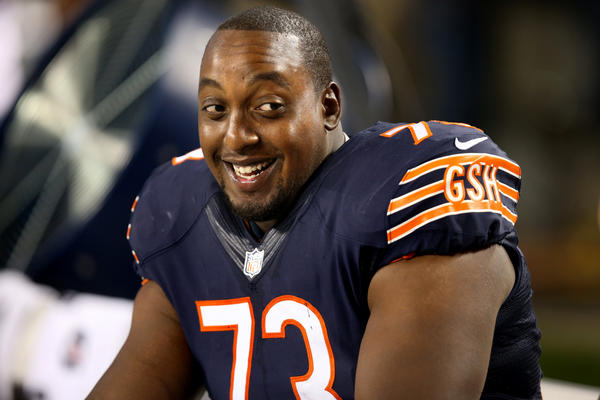 The Vikings claimed former Bears OT J'Marcus Webb off waivers, less than 24 hours after he was released by the division rivals. In order to make room, sources are reporting the team has informed Troy Kropog of his release.

Webb is known for his instability among the offensive line and was benched multiple times in favor of rookie options. He started 44 games during three seasons with the Bears at right tackle, before switching to the left side for his final two seasons. He struggled during the preseason and was benched for a rookie 5th-round pick, before being released in the final roster cuts yesterday.

All of this explains the Vikings plans to keep Troy Kropog and release Brandon Keith until they were able to claim a legitimate veteran backup.

Many are questioning this decision, especially due to his less than impressive pedigree. With the durability of both Matt Kalil and Phil Loadholt, he is merely a contingency plan.

He is a cheap veteran option, with a base salary of just $630,000 this season. He provides an upgrade over Keith and Kropog, which means a fresh start could help Webb put his career back on track.

As discussed yesterday, the Vikings needed a swing tackle to provide stability in the event of an injury and Webb provides a sense of comfort for the coaching staff.


Other notable news relating to the Vikings:

We will update this list as more reports come are announced.
Posted by Daniel House at 2:20 PM