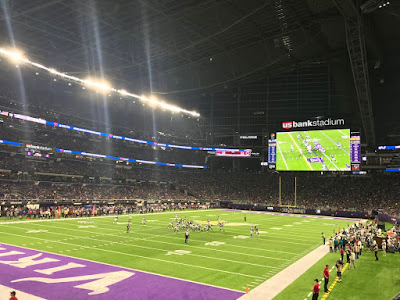 The NFL released the Vikings' 2020 schedule on Thursday night. Click below to see Daniel House's reaction!


We finally know when the Vikings will be playing each opponent in 2020. The NFL released its complete schedule Thursday night in prime time.

Minnesota will host the Packers at home in Week 1 for the first time in franchise history. One of the key stretches of this schedule occurs from Weeks 8-10. Following their Week 7 bye, the Vikings have three consecutive games against NFC North teams. Also, in late November and early December, Minnesota will play a crucial stretch of home games against Dallas, Carolina and Jacksonville. The Vikings also have a short week to prepare for a game on Christmas Day (Friday) in New Orleans.