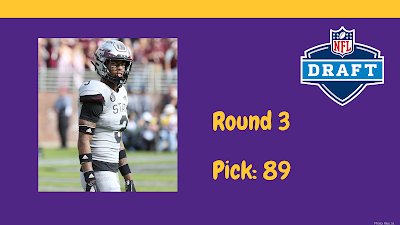 The Vikings added depth by selecting Mississippi State cornerback Cameron Dantzler at No. 89. Which traits stand out when looking at the analytics? Daniel House takes a closer look!

Mike Zimmer is always looking for defensive backs he can develop. Once Trae Waynes and Mackensie Alexander departed in free agency, the position became a major need. It was clear Minnesota had to add instant impact defensive back talent. After drafting TCU's Jeff Gladney in the first round, the Vikings used a third-round pick to inject more depth into the roster.

Minnesota selected Mississippi State cornerback Cameron Dantzler at No. 89. At 6-foot-2, Dantzler has above average size, but needs to add weight (188 pounds). Last season, he had eight pass breakups and two interceptions in nine games.

During his NFL Scouting Combine workout, Dantzler ran a 4.64 40-yard dash, which ranked in the seventh percentile among cornerbacks, according to MockDraftable. 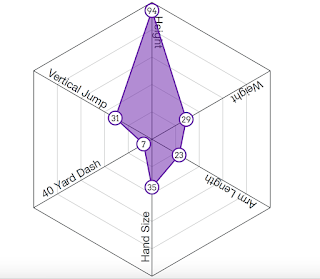 He ran a new 40 at his virtual Pro Day and was timed at 4.38. Dantzler's agent claimed his combine time was significantly impacted by a hamstring injury, according to Calvin Watkins of the Dallas News. Nonetheless, these athletic metrics better align with a cornerback the Vikings would prioritize.

In fact, the testing metrics in the above MockDraftable chart are 82.7 percent comparable to veteran cornerback Dre Kirkpatrick, a player Mike Zimmer coached in Cincinnati. During the pre-draft process, Kirkpatrick measured in at 6-foot-1, 186 pounds. The veteran cornerback only added four pounds of weight in preparation for the NFL.

There is no doubt Zimmer drafted a cornerback who has all of the physical tools he is looking for. Once Dantzler gets into the strength and conditioning program, it will be fascinating to see how his skills evolve. I believe his size and style of play may nicely complement Jeff Gladney and Mike Hughes.

GM Rick Spielman said Dantzler's performance against LSU really stood out. In this game, he was tasked with covering Ja'Marr Chase, one of the nation's top wide receivers. Within so many of these reps, you see how fluidly he transitions from backpedaling to opening his hips. The athleticism and size will be developed by Zimmer and his staff.