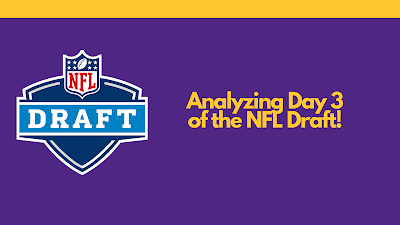 The Vikings made 11 selections on day three of the NFL draft! Daniel House provided insight on each of the new additions.

It was a wild Saturday.

The Vikings set an NFL record for players selected in a seven-round draft. Minnesota added 15 total players, including 11 on day three. GM Rick Spielman and his staff selected several athletes with excellent developmental potential. However, the team also managed to add players who could compete for starting roles. With NFL franchises unsure when football operations will resume (due to COVID-19), it was important to find more polished players at positions of need.

After reflecting upon the day three selections, here are my thoughts: 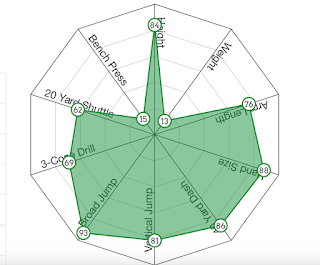 In 2015, the Vikings selected Danielle Hunter in the third round (No. 88). Patterson quickly developed Hunter into a two-time Pro Bowl selection. Despite having limited production at LSU, the Vikings loved his athletic testing and work ethic. Again, Minnesota identified a prospect with similar upside.

The graphic below shows Danielle Hunter's testing metrics coming out of LSU (via MockDraftable): 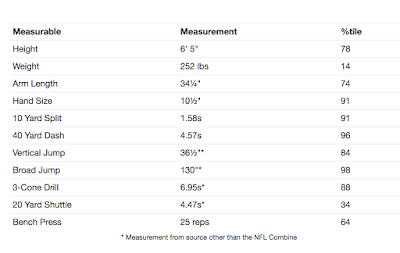 To compare, here is D.J. Wonnum's data (via MockDraftable): 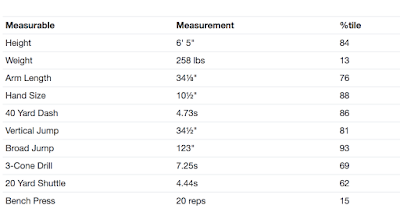 Like Hunter, Wonnum didn't have eye-popping collegiate production. Last season, he had just 24 solo tackles (9.5 for loss) and 4.5 sacks for the Gamecocks. However, his testing metrics and flashes of potential clearly grabbed the attention of Minnesota's staff. Wonnum could be a rotational pass rusher for the Vikings in 2020. With the departure of Everson Griffen and Stephen Weatherly, the Vikings will have snaps available for him.

Analysis: Entering day three, we all knew adding a 3-technique defensive tackle was critical. The Vikings had been linked to Baylor's James Lynch throughout the draft process. In 2019, Lynch was one of the most disruptive interior pass rushers in the country. He became Baylor's all-time career leader in sacks (22). Last season, he tallied 13.5 sacks and 19.5 tackles for loss.

The thing I love about Lynch is his potential versatility. He can play 3-technique and move outside to defensive end, too. He is extremely disruptive because he plays with excellent power and leverage. Lynch showed the ability to slide and bend through gaps to get in the backfield. His athletic testing profile isn't necessarily elaborate, but he's technically sound. The coaching staff needed to find players who could contribute immediately. With potentially limited coaching opportunities due to COVID-19, it was key to draft instant impact players.

It will be fun to watch Lynch grow under defensive line coach Andre Patterson.

Linebacker Troy Dye was an extreme value pick for the Vikings. I had him ranked at No. 74 on my Top 200 big board. He was a very rangy and productive linebacker for the Oregon Ducks. Dye also has the skills to cover tight ends and running backs in the flat or up the seam. He flew all over the field and created disruptions as a blitzer, too. Dye finished his college career with 391 tackles (41.5 for loss) and 13 sacks. His playmaking ability and range complements linebackers Anthony Barr and Eric Kendricks very well. Dye could compete for time in the team's base package. I also wouldn't be surprised if he potentially played a hybrid safety/linebacker role in sub-packages. Dye's skill set can be used creatively by Mike Zimmer and his defensive staff. It's hard to believe he slid all the way to No. 132.

Analysis: Temple cornerback Harrison Hand had impressive testing metrics at the NFL Scouting Combine. He posted a 41-inch vertical and ranked in the 96th percentile of the broad jump, per MockDraftable. 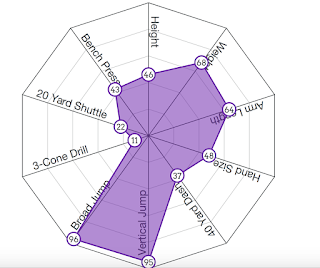 Hand could potentially transition to safety in Mike Zimmer's defense. He has the necessary length and strength to move into the box or play the deep half. Once Zimmer and his staff get an opportunity to see Hand in person, they can determine which position fits him best. I would anticipate he'll play safety for the Vikings. After starting his career at Baylor, Hand transferred to Temple for family reasons. In 2019, he had 59 tackles (four for loss), three interceptions and five pass breakups for the Owls.

Analysis: Not many people saw this pick coming. After transferring to Miami from Buffalo, wide receiver K.J. Osborn flew under the radar. Last season, Osborn had 50 receptions, 547 yards and five touchdowns. He also led the Hurricanes with 1,018 all-purpose yards. He was an explosive kick/punt and returner and can provide value in this area for the Vikings.

While watching a few of Osborn's routes, I was impressed with his releases and footwork. He is very sudden and sets up his routes very well. Osborn is the type of player who can make dynamic plays in space off intermediate routes, slants, reverses and screens. There were also many routes where he made difficult grabs in traffic. The Vikings needed to add a "gadget-style" player to complement wide receivers Adam Thielen and Justin Jefferson. I look forward to writing a breakdown on Osborn very soon.

Analysis: The Vikings have recently invested late-round draft resources into developmental offensive tackles. Oregon State tackle Blake Brandel is the latest example. Brandel started 48 consecutive games for the Beavers, which is the third-longest streak in program history. He posted a 90.0 overall grade, including 93.1 in pass blocking, according to Pro Football Focus.

Brandel doesn't have the traditional athleticism the Vikings value at the tackle position, but was productive and durable for Oregon State. Offensive line coach Rick Dennison can work with Brandel to unlock all of potential. I will be studying more of his tape for future posts and tweets.

Analysis: I was heavily studying Michigan linebacker/safety Khaleke Hudson and saw several of Josh Metellus' big hits. He is a very physical safety who can come into the box and pack a punch. Metellus ran a 4.55 40-yard dash, but ranked in the 78th percentile with 20 bench press reps. His strength and tackling skills will be valuable on special teams. With little safety depth on the roster, the door is wide open for Metellus to earn a spot on the roster.

I had Michigan State defensive end Kenny Willekes slotted in at No. 108 on my big board. The Vikings somehow managed to draft him in the seventh round. This might end up being a notable late-round steal. Willekes, a former walk-on, was a key player in the Spartans' defense. He consistently applied pressure on the quarterback and finished plays. While covering the Big Ten, I witnessed the impact he made each and every week. Last year, he had 16 tackles for loss and 10.5 sacks.

He has excellent bend and strength, which allows him to turn the corner and get to the quarterback. I see Willekes being able to play on the edge and kick inside during pass-rushing downs. He can slide into Stephen Weatherly's role and provide value as a sub-package rusher. Willekes has the chance to elevate his game to another level under defensive line coach Andre Patterson. I firmly believe this was one of the Vikings' best picks of the draft.

The Vikings added a developmental quarterback by selecting Iowa's Nate Stanley. He is a quarterback I thought Minnesota would possibly target. Stanley, a big-armed passer, played within a zone-heavy offense that featured frequent bootlegs. Last year, he completed 59 percent of his passes for 2,951 yards, 16 touchdowns and seven interceptions. There were moments where Stanley showed the ability to make difficult throws to the hashes. His performance against Minnesota in 2019 may have been one of his best collegiate efforts. Stanley displayed his deep-ball accuracy and made several tight-window throws. The biggest concern I have is how he performed under pressure. When teams turned up the heat, he often made poor decisions or held onto the ball too long. Nonetheless, he has all of the traits offensive coordinator Gary Kubiak is looking for in a developmental quarterback.

Analysis: After drafting cornerback Cameron Dantzler last night, the Vikings added another Mississippi State defensive back. Brian Cole II, a 6-foot-2, 213-pound defensive back, ran a 4.52 40-yard dash (65th percentile). He has excellent size and speed at the position and will compete for a depth spot at safety.

He tallied 67 total tackles (7.5 for loss) and one interception last year. Here's a look at his Radar Chart via MockDraftable: 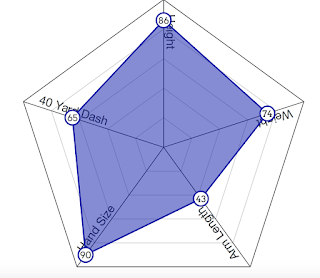 I plan on posting more details after going through Cole's film in detail.

Analysis: There is limited tape and no verified testing metrics on Washburn OL Kyle Hinton. I will work to track down film and additional information. A small school product from Peoria, Arizona, Hinton started his final 34 games at tackle for Washburn. He was also a second-team All-American in track, finishing ninth at the NCAA Indoor Championships. Hinton holds the school record in the weight throw.