How will the Vikings scheme against Green Bay? 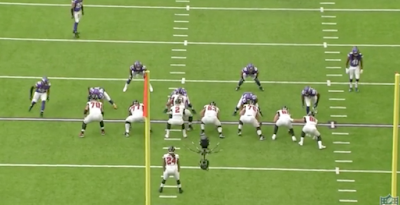 How can the Vikings extend their winning streak in the Border Battle series? Daniel House analyzes the strengths and weaknesses of both teams.


There’s nothing like the rivalry between the Vikings and Packers. Every year, fans from both teams look forward to all of the back-and-forth banter. When the Vikings travel to Green Bay for a Week 2 showdown, the Packers will be trying to snap a series losing streak.

It has been 993 days since Green Bay has claimed a victory against Minnesota. The Vikings are 3-0-1 in the past four Border Battle matchups.

In 2019, Green Bay has a new look with Matt LaFleur entering his first season as head coach. The Packers also re-tooled their defense in free agency by making three key signings.

Out of all the additions, defensive lineman Za’Darius Smith may have the largest impact on the Packers’ defense. He has the versatility to line up in multiple spots and defensive coordinator Mike Pettine will continue to use him creatively. During the Packers’ 10-3 win over the Bears, he played all of the linebacker positions, rushed off the edge and even kicked inside to defensive tackle. When teams play against Green Bay, they will need to account for him. Smith tied with Danielle Hunter for the most pressures (10) in Week 1, according to Pro Football Focus. In the clip below, he is lined up at defensive end, bull rushes right tackle Bobby Massie and creates pressure.

In the second clip below, Smith lines up inside on 3rd-and-8, swims past guard Cody Whitehair and causes more pressure.

Smith was extremely disruptive and worked in tandem with fellow free-agent signing Preston Smith. It’s clear defensive coordinator Mike Pettine prioritized adding versatile pass rushers and team speed in the secondary. This has allowed him to mix his pressure packages and move players around. Green Bay overloaded fronts, showed Double A-gap pressure and utilized stunts to take advantage of their athletes. In the past, Green Bay didn't have adequate personnel, so it was hard for Pettine to run his complete defensive scheme. Now, we're starting to see his vision come to life.

Initially, Green Bay started re-building their defense by selecting defensive backs. Jaire Alexander, Josh Jackson and Kevin King were all high draft picks. Alexander is already the team’s top cornerback and has developed quickly. In free agency and the draft, Green Bay's front office also continued to build around its young players. Safety Darnell Savage was a first-round pick and brings athleticism, instincts and coverage skills to the defense. He was a standout performer during the Packers' 10-3 win over Chicago.

Green Bay also signed former Bears safety Adrian Amos and paired him with Savage. Amos had a Week 1 interception and brings veteran experience to the back end. This offseason, Green Bay’s defense added versatile pass rushers and improved its team speed in the secondary.

The big key for the Vikings in this matchup? Pass protection.

In Week 1, I didn’t think Chicago’s scheme attacked the Packers correctly. Throughout the preseason, Green Bay didn’t consistently stop the run. Instead, Chicago head coach Matt Nagy had Mitchell Trubisky drop back 52 times. The Bears’ running backs only had 12 carries, which drastically shifted the entire offensive balance. Chicago was playing like they were behind by multiple scores. Unlike the Bears, Minnesota will try to run the football. In Week 1, the Vikings rushed the football on 72 percent of their total offensive snaps. They won’t tip the scale this much against Green Bay, but they will again try to get Dalvin Cook in space via outside zone concepts.

If the Packers are bringing pressure consistently, there will be situations where a run fit is botched and an explosive play will follow. It’s hard to figure out why Matt Nagy was unwilling to try running the football when Mike Pettine was being so aggressive.

Of course, running the ball will be an important aspect of this game, but pass protection will be even more critical. Kenny Clark commands attention inside and will test both center Garrett Bradbury and left guard Pat Elflein. Elflein (knee) has been limited in practice all week, so if he is unable to play, Dakota Dozier will likely start at left guard. Last week, Minnesota’s interior had issues in pass protection and the challenge won’t get any easier in Green Bay. I expect the Vikings to use quick passing and play-action to get the passing game going. However, they ultimately have to run the football well to control this game.

On the other side of the ball, the Packers offense is still evolving. After holding many starters out of preseason action, both teams looked like they were easing into live action. The offense will be a work in progress as Matt LaFleur gets comfortable with his personnel. Quarterback Aaron Rodgers faced a heavy amount of pressure against the Bears’ defensive front. He took five sacks and Chicago got pressure both inside and off the edge. There are quite a few moments where Rodgers holds the ball too long and tries to make something happen. In the clip below, Billy Turner is beaten by Khalil Mack:

In the clip below, defensive coordinator Chuck Pagano overloads the formation and disguises a safety blitz. While that's happening, defensive tackle Roy Robertson-Harris backs center Corey Linsley into Rodgers. Vikings' defensive tackle Linval Joseph could have a big game vs. Linsley. He really struggled against the Bears. I would expect the Vikings to utilize defensive tackle Hercules Mata'afa on third-down to take advantage of the matchup. They could also run a situational package with Ifeadi Odenigbo and Stephen Weatherly kicking inside.

Mike Zimmer will be dialing up a variety of looks to get after Rodgers. During Sunday's win against Atlanta, one of my favorite pressure packages resulted in an interception. Zimmer had linebacker Anthony Barr and Danielle Hunter rushing off the edge. The right tackle was confused and the Falcons tried to pick up Hunter/Barr with a tight end and running back. This pressure caused quarterback Matt Ryan to rush and toss an interception.

The Vikings frequently shifted their pre-snap alignments and even did so along the defensive line. The last-second alignment shift by Everson Griffen helped fuel Anthony Barr's first quarter sack.


I want to see Zimmer continue to utilize Barr as a pass rusher. With all of the unique athletic profiles the Vikings have in the front-seven, there is so much potential.

Green Bay left tackle David Bakhtiari (back) has been limited in practice and is questionable for Sunday's game. He will probably play, but won’t be 100 percent. The Vikings’ front-seven was fast and physical last week. The overall team speed was reminiscent of the 2017 season. There were moments in 2018 where the defense didn't have the same type of speed at all levels. In Week 1, linebackers were making rangy plays, Anthony Harris had two impressive interceptions and the defensive line was getting downhill. Defensive end Everson Griffen played at an extremely high level and is returning to form.

This week, Minnesota’s defense has to create pressure and remain disciplined. When Rodgers is at his best, he gets out of the pocket and extends plays. Cornerback Mackensie Alexander has been ruled out for Sunday’s game and Mike Hughes is doubtful as he continues rehab. This means Jayron Kearse will likely play a big role in the team’s “big nickel” package. It will be interesting to see how much (if at all) the Vikings have Xavier Rhodes shadowing Davante Adams. There also is a scenario where Green Bay could occasionally align Adams in the slot to take advantage of speed differences.

The Vikings must control the line of scrimmage in this game. If Rodgers has time to work in the pocket, the entire game changes. More importantly, Kirk Cousins needs space to take advantage of potential play-action opportunities downfield. Green Bay’s defense is much-improved, but this week will be a strong barometer to assess where they are currently at.

If the Vikings can start the season 2-0 and claim an early lead in the NFC North, it would positively set the tone for 2019.