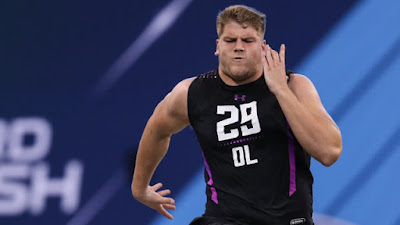 The Vikings addressed the offensive line by selecting Pittsburgh offensive tackle Brian O'Neill with the No. 62 pick.


Entering the draft, offensive line was considered a major position of need for the Vikings. They waited until the second round to address the position, selecting Pittsburgh offensive tackle Brian O'Neill. Following a run of four offensive linemen within the first seven picks of the second round, the Vikings still managed to land a player ranked in this drafting range.

The key aspects of O'Neill's skill-set are his length (6-foot-7), overall athleticism, and agility. The MockDraftable chart indicates the unique measurables: 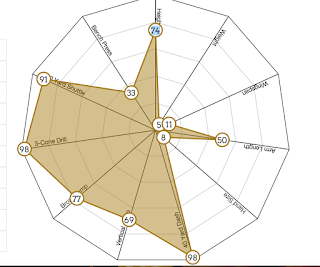 One of things that was noticeable is the inconsistent technique on tape, but he could develop with the right coaching. Focusing on the details of his game like footwork is something O'Neill has identified as well.

“I think being consistent with my technique," O'Neill said. "Your technique has never arrived and especially with me, that’s going to be something that is either going to help or hurt me. I’m becoming more consistent in how I do things, honing in on some little stuff with my feet will be able to help me a bunch.”

He is rough around the edges, but possesses unique athletic traits, including a 4.8 40-yard dash. This has helped him handle speed rushers in college, including an impressive outing against NC State's top draft pick, Bradley Chubb. Having the athletic ability to handle these type of pass rushers is something O'Neill will take with him to the NFL.

“I think I’m able to handle speed off the edge very well," O'Neill said. "I think that’s something that’s one of my strong suits and being able to protect the edge. Obviously with the new quarterback in town, Kirk Cousins, that’s a big deal. Protecting him is my most important job now.”

All of those traits caught the attention of the Vikings, who felt like he was one of the best athletes at the offensive line position. It certainly played a role in their decision to select him.

“Brian was probably the best athlete of all the offensive linemen in the draft," said Vikings' director of college scouting Jamaal Stephenson. "You watch this guy get out and pull and it’s unbelievable how fast he moves and his ability to change direction.

Coming into college, O'Neill was a tight end, but gained 70 pounds to play tackle. Head coach Pat Narduzzi approached him about playing the position after injuries riddled the offensive line. O'Neill would have been the third tight end on the depth chart, so making the switch was best for him.

O'Neill can play both tackle spots, however, he'll need time to develop. At one point, he was considered a late first round talent, but his Senior Bowl performance left a few people concerned. He was getting beaten consistently and his footwork was inconsistent. However, when he was sound on tape, he put together positive reps. With all of the impressive testing to pair with length, the potential is there for O'Neill to be a player who moves between right and left tackle. He also hasn't closed the door to playing guard at the next level.

"Some teams talked to me about [playing guard], for sure," O'Neill said.

With this move, the Vikings could slide right tackle Mike Remmers into guard, but it is dependent upon how O'Neill develops throughout training camp.