The Minnesota Vikings were defeated 30-7 by the New England Patriots last Sunday. What led to the loss and what stood out on film? Daniel House takes a closer look in this film review session.


*Note: To see the play images bigger, simply click on them*

In this play, Patterson is used as a decoy and Cassel performs a play-action fake to slow up the defense. You can see the eyes of Patriots defenders glued to Patterson on the opposite side. Tight end Rhett Ellison lays a block on the outside, peels off of it and streaks across the middle. The outside linebacker was caught biting hard on the play fake and could never recover as Ellison hauled in the 22-yard reception.

It all went down hill for Matt Cassel following the first drive and it didn't seem to improve the entire day. Cassel tries to find Jarius Wright on a vertical route up the field. Wright is open for a split second, but the pass was thrown late over the top. This allowed the safety to readjust and Cassel failed to see he was in the vicinity. This was an instinct play, but it simply needed to be performed quicker to show full results.

On this play, you can see cornerback Xavier Rhodes is beaten off the line of scrimmage by New England wide receiver Julian Edelman. Rhodes can't plant his feet during this play and Edelman put a double move on him. Xavier couldn't recover and as he tried to do so, the wide receiver beat him over the top for a gain of 44 yards. This is a fundamental footwork issue and Mike Zimmer will be working with Rhodes to be more disciplined and technique sound at the line of scrimmage. 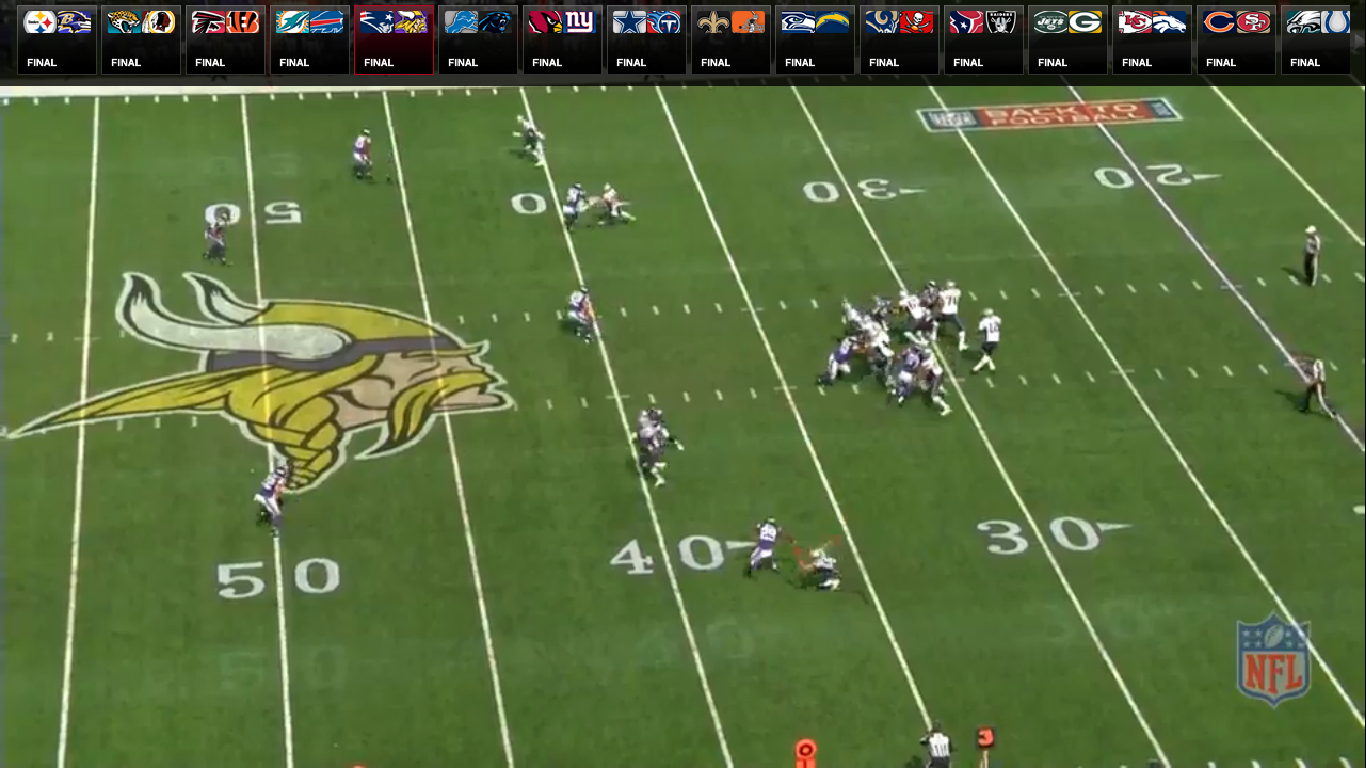 This is the longest punt return of the day and if you take a close look at the play, you will see the inability of the punt team to stay in their lanes. Also, there were only nine players on the field for this special teams sequence. Special teams coordinator Mike Priefer returns from suspension this week and he indicated that this issue was communication related. The players will finally be working with their normal special teams coach, which should help resolve some of the communication issues they have been facing early in the season.

This is the final play we will analyze in the film review series. Matt Cassel threw an interception in this sequence and it was the direct result of poor decision making. If you look at the bottom of the shot, you will see Cordarrelle Patterson is blanketed by the cornerback before the ball even leaves Matt Cassel's hands. Greg Jennings was set to break off his route in space and would have been open over the top of the defense. Instead, Cassel zoned his eyes on Patterson and failed to see a cornerback was on his hip as he streaked across the field. These are the types of mistakes Cassel can't make when the pocket is relatively clean like it was during this scenario. 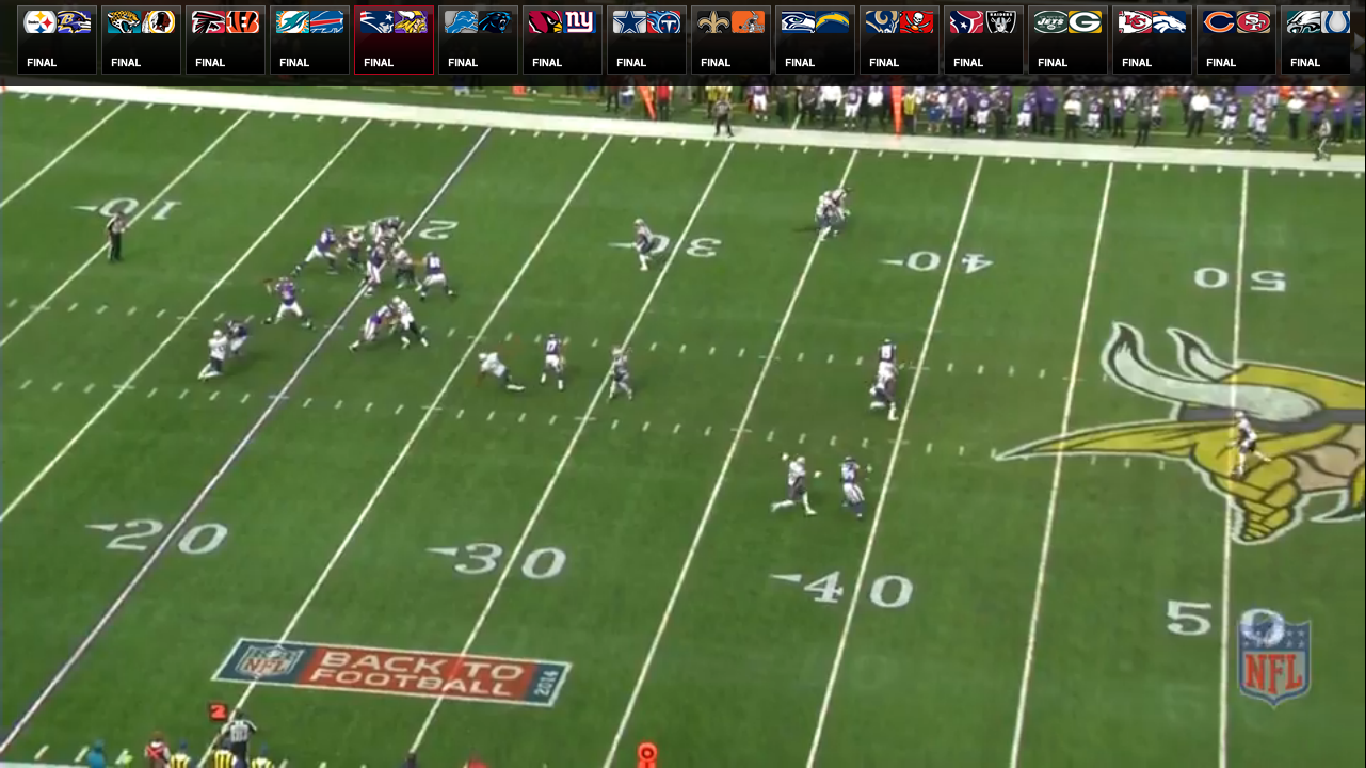 As a whole, the first look of this performance was worse than the second one. Patriots head coach Bill Belichick schemed the Vikings really well and by using an extra offensive lineman, New England was able to pound the ball. The offense turned the ball over too much and provided the Patriots with ample field position for most of the game. Pair that with the inability to protect up front and the Vikings were doomed early in the game. If the team wants to improve, those two areas will need to be addressed and resolved when the Vikings travel to New Orleans to take on the Saints.