Five Things to Watch For Against The Falcons 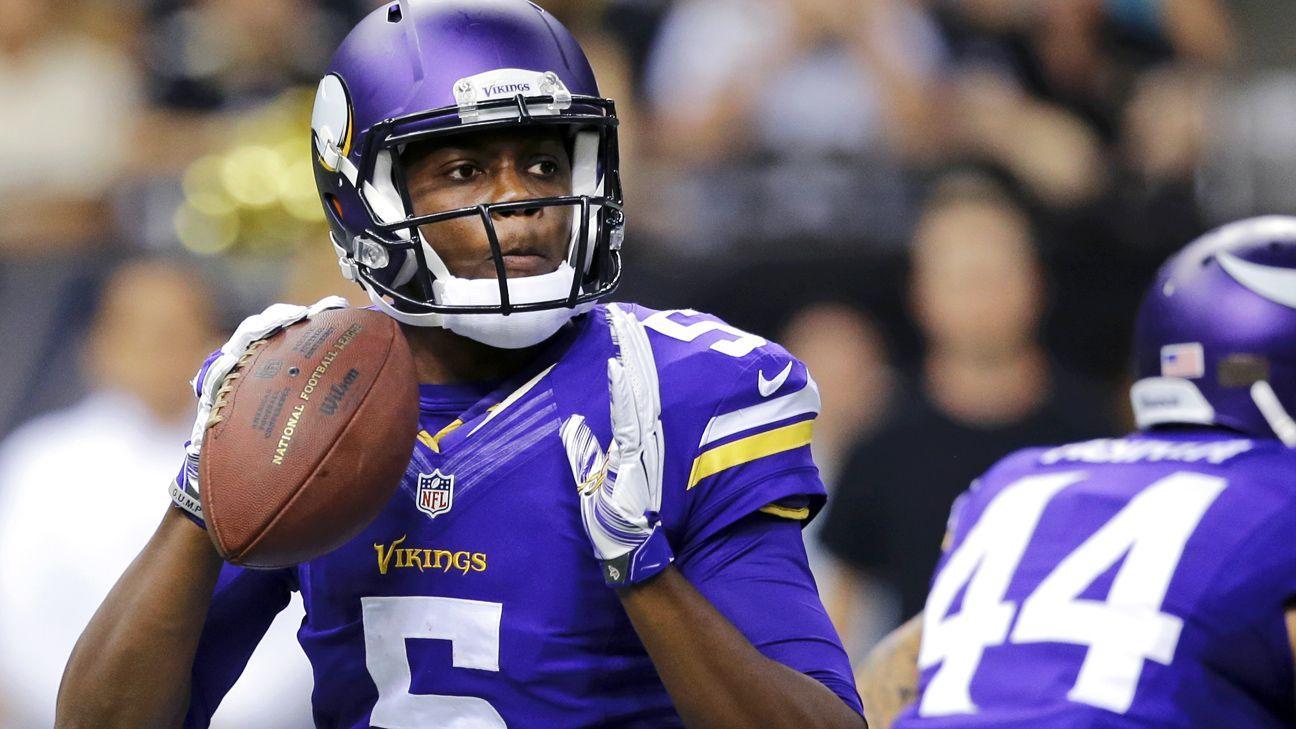 The Vikings will continue their 2014 home slate tomorrow during a matchup with the Atlanta Falcons. Daniel House provides five areas of emphasis to watch for during the game.


The Minnesota Vikings are looking to get back on the right track in a home matchup with the Atlanta Falcons this week. Minnesota has dropped two consecutive games and after handling a full two weeks of off-the-field drama, this matchup is the first time the team has been able to prepare without distractions. Rookie quarterback Teddy Bridgewater will be making his first NFL start tomorrow and all eyes will be pointed towards his performance. Bridgewater entered last week's game in place of an injured Matt Cassel with a calm and cool demeanor. He finished the game 12-for-20 with 150 yards passing. The coaching staff has had the week to prepare for Bridgewater handling the starting duties and the gameplan will be tailored to his skill-set. The Atlanta Falcons enter tomorrow's game following a demoralizing defeat of the Tampa Bay Bucs last Thursday night. They put up 56 points and their offense was firing on all cylinders against a poor Tampa Bay defense. Atlanta's only loss this season came during a week two matchup against Mike Zimmer's former squad, the Cincinnati Bengals.

The real issue has been winning on the road for this Falcons squad. They are 1-8 in their their past nine road games, dating back to last season. The Falcons have several playmakers, including Devin Hester and Julio Jones, who the Vikings will have to keep in check tomorrow. Pair that with a defense who has forced a league-most five fumbles this season and the Vikings quietly have a big challenge on their hands. What will it take for the Vikings to pick up a much needed win over Atlanta?

How will Teddy perform in his first NFL start?

As I discussed earlier, quarterback Teddy Bridgewater will be making his first full start as a Minnesota Viking against Atlanta. He has had the week to prepare for the Falcons and it will be interesting to see how the offense is structured to utilize the skills of Bridgewater. He will be commanding the huddle, making calls at the line of scrimmage, and more importantly will be orchestrating the reads in the passing game. The Vikings traded into the bottom of the first round to select Bridgewater and he has looked the part in his early action with the team. Tomorrow he will square off with a Falcons team that allows a respectable 262.7 passing yards per game. They have just three sacks this season and two interceptions, making this a very favorable matchup for Teddy Bridgewater to make his first NFL start.

Can the running game get back on track?

The Vikings running game hasn't been performing at the level it needs to for this offense to be successful. If you can't run the ball, the offensive attack becomes unbalanced and teams can force you into deep third-and-long situations. The team rushed for 60 total yards last week and 50 in the previous game. Matt Asiata is a road grader and won't be a player who can break multiple tackles for long runs. Jerick McKinnon appears to be significantly behind the learning curve of the NFL and the team hasn't awarded Joe Banyard with any carries. If the Vikings want to defeat the Falcons, they must run the ball effectively and limit the amount of times they are placed in long third-down situations.

How will the reserves perform?

Kyle Rudolph and Chad Greenway have both been ruled out for tomorrow's game, along with Brandon Fusco, who was placed on injured reserve this week. This means the coaching staff will be turning to depth to fill the voids of these players. Rhett Ellison will be placed in more situations to catch passes and he will be mixed with a dash of MarQueis Gray at the tight end position. As for the linebacker spot, Chad Greenway will be replaced by Gerald Hodges. During the end of the game last week, when Greenway exited with a rib injury, Hodges entered and added some energy to the defensive side of the ball. He should be an upgrade in run support and is athletic to handle pass coverage abilities. The biggest area of concern will be at right guard with Vlad Ducasse filling the shoes of a high caliber player like Brandon Fusco. Ducasse has had a history of struggles as a pass protector and he was ultimately released by the Jets because he continually couldn't get the job done. With left tackle Matt Kalil showing his struggles in the early stages of the season, the Vikings can't afford to have issues on the other side of the offensive line. Don't be surprised if the coaching staff turns to veteran Joe Berger if Ducasse has any issues during tomorrow's game.

Special teams coordinator Mike Priefer indicated this week that Jeff Locke has been told to kick the ball high and towards the sidelines, or even entirely out of bounds to avoid Devin Hester. He was always a thorn in the Vikings side during his time in Chicago and the goal is to keep him from producing big plays that result in a significant momentum shift. He broke the NFL return touchdown record and surpassed Deion Sanders on the all-time list with 20 career scores. Hester can become a huge threat and will be a player the Vikings special teams group must contain on Sunday.

Falcons wide receiver Julio Jones leads the NFL in receiving yards (365) and catches of 20-plus yards (nine) less than a year after he underwent foot surgery. Quarterback Matt Ryan has made Jones his favorite target and the coaches like to use him as a downfield vertical threat. The Vikings defense must also keep an eye on Devin Hester being used on jet sweeps and special packages. Atlanta has many different personnel groupings and they love to utilize the athleticism they have on their roster. Matt Ryan will hit on the vertical throws and the Vikings defense needs to be in the correct position to make plays in man coverage situations. The Minnesota defense will have their hands full and in order to be successful, they will need to pressure Matt Ryan and create turnovers.

As a whole, the defense will need to contain several weapons and the offense needs to become more balanced if the Vikings want to have a chance to win during tomorrow's game against the Falcons. This is the first week the team hasn't had a distraction and we will see if this plays a role in the performance on the field this week.