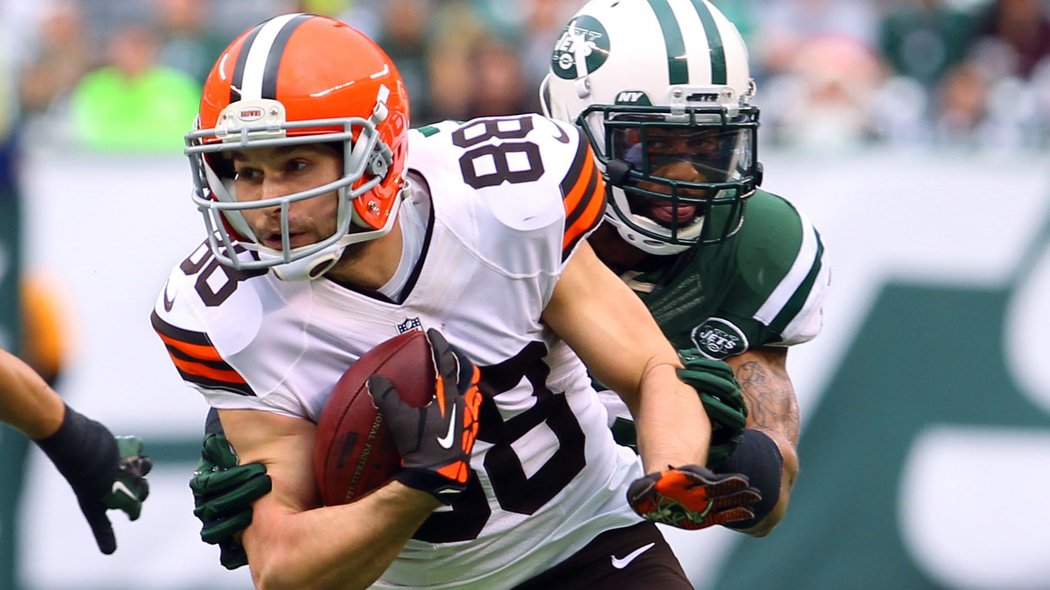 Daniel House tells you why Josh Cooper could be a wide receiver that quietly challenges for a spot on the Vikings roster.


Wide receiver Josh Cooper was signed by the Minnesota Vikings following his release from the Cleveland Browns on June 13th. During his time with the Browns, Cooper appeared in 11 games and recorded 17 receptions and 166 receiving yards. He caught 8 passes for 106 yards in 6 games during the 2013 season.

While spending time in Cleveland, he worked firsthand with new Vikings offensive coordinator Norv Turner. When you watch film of Cooper, you see his primary strength is getting open, while using his superior footwork and technique to make him a crafty wide receiver. He is a strong route runner who can create plays for himself and be a reliable safety valve for a quarterback. Cooper could be similarly compared by size and potential with Broncos wide receiver Wes Welker. Cooper doesn't have near the amount of athletic ability Welker has, but his technique compensates for this weakness.

Cooper needs to bulk up and get a little more physical off the line of scrimmage. He constantly struggled when challenged at the line of scrimmage and will need to handle the physicality if he wants to take his game to the next level. Cooper doesn't have the natural skills to get over the top of the defense, but this could come with more playing time.

He has the advantage on other wide receiver because he understands what Norv Turner expects and has seen a playbook from the offensive mastermind. This doesn't mean it makes Cooper a lock to make the roster, but it definitely improves his chances. The Vikings have interest in keeping Cooper, especially after they claimed him off of waivers in June and immediately filled the open spot of injured wide receiver Lestar Jean.

Cooper will be battling for the fifth or sixth wide receiver spot and will need to separate himself from a very talented group of wide receivers. It appears the final one or two spots will be won between Cooper, Rodney Smith, and MSU-Mankato product, Adam Thielen. These three wide receivers have developed quickly and have plenty of flexibility as pass catchers. With all of this said, the wide receiver position battle is wide-open and one player who has a solid training camp could change the entire way we look at this group.

Cooper will need to show his lack of athleticism won't be a liability on the field. With a few receivers on the Vikings roster who may have more ceiling, it could hurt Josh Cooper's chances.