'I stayed ready': the story of Bradley Randle 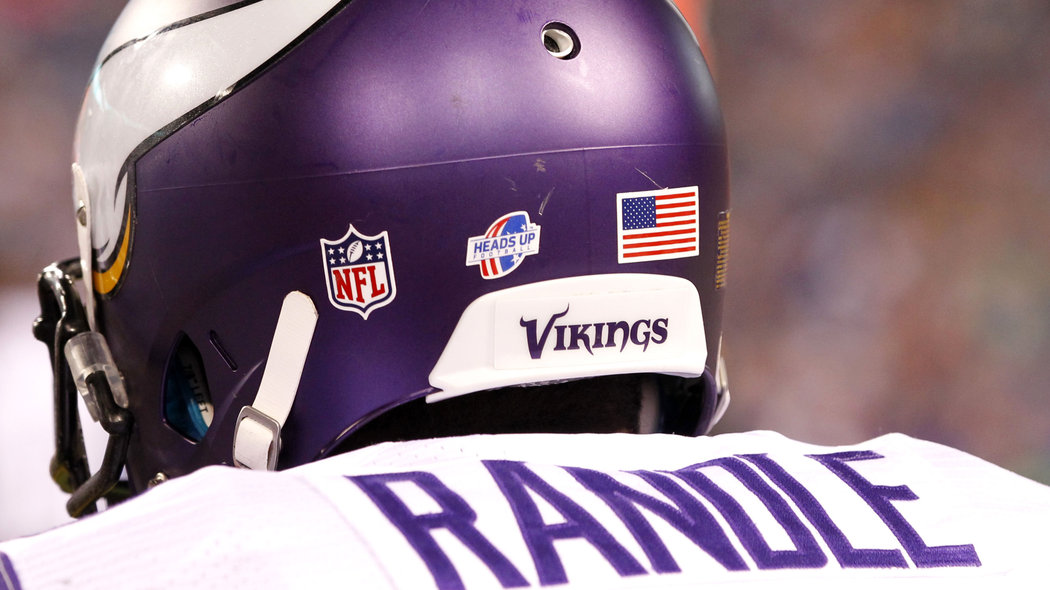 Bradley Randle has faced obstacles since the day he set foot on the gridiron in Murieta, CA, but after two releases, he didn't end his journey early, he clawed back, and stayed ready. Daniel House chronicles his journey and catches up with the fan favorite in his latest post.


On April 28th, 2013, Bradley Randle received a call from the Minnesota Vikings organization that changed his life forever. Randle signed a contract with the organization and reported to mini-camp just weeks later. He took to social media to make his connection with fans and just days after joining Twitter, he exceeded over 1,000 followers. Since his early days on the gridiron of Vista Murrieta high school, Randle has silenced those who criticized his size and ability to play football with players nearly three inches taller than his stature. He used those words for motivation as he spent months training back in his home state of California. The 5'7" running back made the decision to forgo his senior season at UNLV after his junior year, in which he led the Rebels in rushing touchdowns (9).

Randle took to the practice fields of MSU-Mankato during Vikings training camp and proved his work ethic would take him to the top. When others were preparing for practice, Bradley was on the field working hard for a practice, which was nearly 30 minutes from beginning. There was no way to bottle the enthusiasm and drive from a player fighting to make his lifelong dream a reality. Randle dropped jaws during training camp and his shifty moves and relentless running style, caused fans to buzz about his chances to make the 53-man roster. His size and rushing abilities, drew comparisons to New Orleans Saints 'scat-back' Darren Sproles, who is an integral part of the Saints offense. In a league that has witnessed an evolution of smaller running backs, Randle was the perfect candidate to play a similar role in the Vikings offense.

He finally got his first chance to pop in pads during Vikings training camp as the team performed an inter-squad scrimmage early in August. After several carries in the scrimmage, Randle busted through the line of the scrimmage, put several moves on defensive backs and carried the ball for a 60-yard touchdown. Fans looked down at their programs in awe, wondering where the speedy Randle came from. Social media exploded and the humble running back could hardly contain his emotion as we chatted with him following the scrimmage. Just weeks later, he took to the field for his preseason debut and after three exhibition contests, he corralled 5 rushes, 18 yards, and a 3.6 YPC average. Fans yearned for the opportunity to see Randle hit the field and with the connection he had established among his Twitter followers, the support was overwhelming.

On August 26th, Vikings fans and enthusiasts were shocked as the team announced Bradley Randle's time with the organization had ended during the first round of preseason roster cuts. Many believed this signaled the end of a short career for Randle, but through faith and determination, he clawed his way back. He encouraged fans that he would continue to work and be ready for a return to the league. Days after his release, he continued to train in the Murieta, CA area and worked with his speed coach, former American sprinter, Tyree Washington, to improve his 40-yard dash times. On September 4th, Randle finally saw the 612 area code flash across his phone and he was offered a contract to the Vikings practice squad. Randle sprinted to the San Diego airport and made his way back to Winter Park to help prepare the Vikings defense for the week one opponent, Lions running back, Reggie Bush. A day after the Vikings 34-24 loss, Randle was released from the practice squad and emotions from fans flooded to social media.

Randle flew back to California and used his second release as a form of motivation to get better. After he spent a short stint with the Winnipeg Blue Bombers in the CFL, he returned to California in October and continued to improve his game. Through his faith, he knew this was just a bump in the road as he worked towards making his dream a reality. His unparalleled willingness to work harder than any player, led to a phone call he would receive three months after his release in Minnesota. December 11th, Bradley Randle's phone rang and hours later he was on a plane ready to sign onto the Vikings practice squad. He worked to learn the playbook, spent hours working with his coaches, and played the role of LeSean McCoy in practice for the Vikings last week. It proved to be a great decision as players continually praised Randle's interpretation of McCoy and the Vikings defense responded well, as they held the NFL's leading rusher to just 38 yards.

Bradley Randle is the perfect example of how perseverance and drive can lead you to your dreams. His inspiration and faith is refreshing for fans who are used to hearing the negative stories that swirl in the NFL. He is the story of a running back who has been the underdog his entire life, but has worked to prove those who doubted him, he would stand at the top. Randle is just steps away from the chance to play in this league and he is awaiting the opportunity.

In the question and answer below, Daniel House got the chance to chat with Bradley Randle about his recent signing and how he stayed ready for the call from the Minnesota Vikings.

Q. Welcome back to Minnesota, what's it like to be back?
A. “It's the blessing that god already had written. My experiences will help others have faith in themselves. That is why I believe god blessed me with such great fans and loved ones, so I can be a great role model in a world with so much confusion. God is not the author of confusion.”

Q. How do you like the frigid air in the Twin Cities?

A. “I love any and everything about Minnesota.”

Q. Fan response to your return has been overwhelming, what's that like for you?

A. “Fan support is huge. Knowing they love me makes me think of them when I practice and while preparing for that day that I get a chance to praise god on the field in a game. I know that I can point up to the stands and the fans will know I'm pointing at them while being thankful to god. I don't know why the fans love me so much. I must be the most loved player who has never played in a game in the history of the NFL. The movie Rudy was about an underdog and I feel like my story is even better. All glory to god.”

Q. How was that feeling when you got the call you were heading back to the Vikings?

A. “I was prepared for the call because of faith. I stayed ready. The motto is reap what you sweat. I stayed sweating so I can reap what god had for me.”

Q. Staying mentally ready must have been difficult, how did you stay ready for the phone call?

A. “Faith, faith, faith, work when no one is looking. Believe you will be blessed while others are being blessed right in front of you.

Q. What training did you focus on when working back in California?

A. "Spiritual training, mental training, and speed training. When you get cut after living in your dream, you have to be in the best godly state of mind. If not you may find yourself mad and confused."

A. “It feels like a miracle. It shows that god is alive and present in my life.”

“Your family and friends have been very supportive of your journey, how much do you appreciate them?
My family is faithful and is a part of this god filled journey. They only care that I am in good spirits. They are proud of me even if no more blessings pop up.  God has already been so full of grace. Grace is god giving us blessings that we don't even deserve.”

Q. Last week you were LeSean McCoy in the scout team and the team defended him very well, how did you feel about that?

A. “I am one of the best and most special running backs in the NFL. May the world get to see just how special. Adrian Peterson and Coach James Saxon are my mentors.”