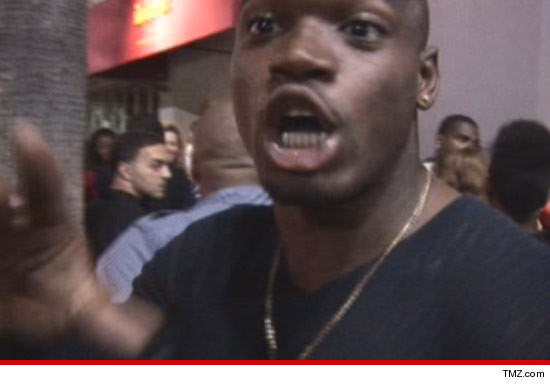 Adrian Peterson was arrested at 2:30 am in Houston for resisting arrest at a local club in Houston.

Several media outlets initially reported, "Peterson went to get water before the club closed, was asked to leave by an officer and was uncooperative." He was arrested for resisting arrest, which is a Class A misdemeanor in the state of Texas.
The facts later came out in a report at 4:15pm stating, "Peterson was asked to leave twice, was told he was under arrest and began to argue with the officer. Eventually Peterson shoved the officer causing him to stumble. The officer struggled to arrest Peterson and another security guard had to assist him. Peterson began to yell and cause a commotion and was arrested for resisting arrest."

The interesting part of this story was that after Peterson was arrested he complained of difficulty breathing. He was checked out by a Houston Fire Department official and was ruled physically safe. Eyewitnesses say they have video of the incident, but haven't released it yet. If he didn't shove the officer, it changes the whole story. He would not be charged for Class A misdemeanor if this is the case.

I hope as a Vikings fan the charges are dropped and we can continue with the season as normal. When more information is released or if video is finally produced, we will have it for you here.
Posted by DHouse28 at 9:20 PM