Four Key Areas to Watch During the 2019 Season 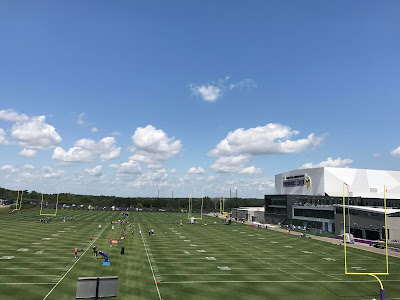 Which areas must improve for the Vikings to take another step? Daniel House identifies those areas in his season preview!


The Vikings are set to embark upon a very important season for the franchise’s future. After investing in a quarterback last year, they have continued to add pieces and kept their main core of players together. In 2019, the organization enters a critical window to capitalize upon their talent and current contract composition. If the Vikings are going to take the next step, there are a few areas they must improve.

An aggressive Kirk Cousins
One of the big keys to the Vikings’ season is how quarterback Kirk Cousins performs within the team’s new system. Offensive coordinator Kevin Stefanski’s offense should mirror many of the concepts from Cousins’ days with Kyle Shanahan and Sean McVay. Cousins will be placed within many play-action situations to maximize his potential. During his time with the Redskins, Cousins was one of the most effective play-action passers in the NFL. Last year, the Vikings ranked 25th in play-action usage (21%), according to Football Outsiders. In 2017, with Case Keenum at the helm, Minnesota used play-action more than any team in the league (30%). This is one area you can expect the Vikings to emphasize this year.

In addition to that, Cousins needs to be more aggressive. When you have two of the best contested catch receivers in the game, it’s important to give them chances. Cousins had the sixth-lowest aggressiveness percentage (12.9%) among all NFL quarterbacks, according to NFL Next-Gen Stats. In big moments, Cousins has to be willing to make the critical two or three throws per game that elevate the team. Later in 2018, Cousins wasn’t nearly as aggressive in high leverage situations and made critical mistakes. With a more structured system that maximizes the potential of Kirk Cousins, we will have the chance to truly assess his ability to take the Vikings’ offense to new heights.

The Ground Game
This offseason, the running game has been a huge area of emphasis. With Minnesota installing a zone blocking scheme and drafting center Garrett Bradbury, they have aligned their scheme with the current personnel they have. They will run a high amount of outside zone to get Dalvin Cook to the edge. With offensive linemen that have athletic profiles and move well in space, this scheme helps maximize the potential of the team’s personnel. Last year, the Vikings ranked 23rd in explosive runs of 10-plus yards (11% average), according to Sharp Football Stats.

As a whole, they averaged explosive plays just nine percent of the time, which was the fourth-lowest mark in the league. In order to sustain drives and control games, the Vikings have to run the ball better and find a way to be more explosive. If Dalvin Cook can stay healthy, it changes the entire offense. His skills, combined with the running style of rookie Alexander Mattison, give the Vikings an intriguing one-two punch. The offensive line also needs to keep the pocket clean. On average, Kirk Cousins had just 2.74 seconds to throw, which ranked 23rd among active NFL quarterbacks, according to Next-Gen Stats. If the Vikings are going to develop an efficient offense, they have to control things in the trenches.

Taking Advantage of Defensive Continuity
The Vikings nearly lost linebacker Anthony Barr in free agency, but he made a last-second switch and returned. It kept the core of Minnesota’s defense together for another season. This type of continuity allows the group to make late switches and understand each other’s tendencies. It’s a big benefit for a unit that has consistently been one of the league’s top third down defenses. In 2018, the Vikings’ defense ranked second in pass and rush defense, but they were less consistent. Teams had explosive runs at untimely spots and it put the Vikings in less third-and-long situations. In a podcast interview with former Vikings head coach Mike Tice, defensive line coach Andre Patterson discussed the value of defensive tackle Shamar Stephen return. He is one of the most fundamentally sound players the Vikings have on the defensive line. With Stephen’s versatility and skills against the run, Patterson is expecting him to make a big mark on the defensive scheme. He said Stephen played a big role in the team’s dominant 2017 defense.

Last year, opponent early down success allowed teams to control the flow of games and took away the Vikings’ scheme flexibility. Head coach Mike Zimmer modified the defense and adjusted coverage tendencies at the midway point of the season. Now, the big key is establishing consistency against the run. If that happens, it will have a ripple effect on every aspect of the defense.

Consistent Special Teams Units
The Vikings have to play complementary football in 2019. Last year, there were so many moments where special teams play was inconsistent. Across all units, the Vikings ranked 20th in special teams efficiency (DVOA), according to Football Outsiders. They didn’t flip the field enough and need to put the defense in favorable situations. They also haven’t had a punt or kick return touchdown in two seasons. Teams that play the best complementary football in all three phases, win the most. With all of the uncertainty this team has at the specialist spots, they need to develop stability. During roster cuts, they signed veteran punter Britton Colquitt to team up with Dan Bailey. Minnesota will be playing in many close games, so it’s critical to execute the small details, such as knocking down field goals.