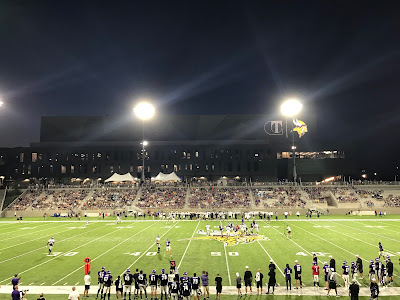 The Vikings will trim their roster to 53 players this weekend. After watching training camp and the preseason, Daniel House makes his final projection.


As roster cuts approach, it's time to start thinking about how the Vikings may construct their initial 53-man roster. In my scenario, I anticipate the team will sign one cornerback and wide receiver after cuts. This impacted the temporary structure of the roster, especially on defense. There are a few things to consider, such as when players return from the physically unable to perform list and suspensions. Not only that, but whenever possible, teams can keep young players on the initial 53-man roster and prevent potential practice squad candidates from hitting the initial free agency wave. Essentially, this how I would construct the roster until they make necessary upgrades.

After watching training camp practices and the preseason games, here's my projection:

Analysis: The coaches believe Sean Mannion’s past experience and playing style are major benefits.  Mannion has worked within a similar system and it's helped ease his transition. Kyle Sloter has been performing really well in the preseason, but hasn’t earned any reps with the second-team. Mike Zimmer has indicated Sloter must improve certain details, such as pre-snap identification. Sloter has still led the third-string offense on five long scoring drives in preseason action. Despite that, Zimmer has indicated Sloter must bolster the smaller details in order to take his game to the next level. Based upon the flashes he’s shown, the Vikings will keep him around as the third quarterback.

Analysis: The combination of Dalvin Cook and Alexander Mattison is going to be a nice one-two punch for the Vikings' offense. If he can stay healthy, Cook is one of the most explosive running backs in the league. Alexander Mattison is a powerful running back who runs very low to the ground and can fight through tackles for extra yardage. The third running back position is where the real battle has been occurring. In the first three preseason games, Mike Boone has notched 35 carries for 177 yards and two touchdowns. He currently leads all running backs in total production during the preseason. On Saturday, Boone made a tackle as a punt gunner and saw reps in the return game. Due to his athletic metrics, ability to pick up yards after contact and his versatility on special teams, Boone should make the 53-man roster. Ameer Abdullah had one explosive run in the first preseason game, but missed the second week with an injury. He also fumbled against New Orleans, which has been a big problem in the past. Abdullah has been working across special teams units and continues to see a large share of kick return reps. I'm not sure the Vikings can carve out a roster spot for him to just handle return duties. Boone has higher upside and is a better overall running back.

Analysis: Khari Blasingame makes this decision very difficult. He is solid as a run blocker and grabbed two receiving touchdowns in the preseason. Blasingame has tremendous versatility and athleticism. He is the type of fullback that fits perfectly within this system. The only way the Vikings could keep Blasingame is if they determine he can be the fourth "tight end" until David Morgan returns. If that's the case, he could remain on the 53-man roster and have a better chance of sliding onto the practice squad. He is certainly a fullback for the future, but C.J. Ham's run blocking and experience will likely be valued. However, due to his performance, I wouldn't be completely stunned if Blasingame made the roster.

Analyis: I've said it for awhile, but outside of the top four wide receivers, it's hard to fill out the remainder of this position group. The fifth wide receiver on the depth chart will probably be signed after roster cuts. There will be plenty of talented players hitting the market and fans should keep an eye on the 49ers and Colts wide receivers.

For now, Brandon Zylstra has slowly emerged, after spending the first portion of training camp on the physically unable to perform list (hamstring). Zylstra is progressing, but like many young players in the wide receiver room, he's been really inconsistent. Last year, Zylstra played a role on special teams, so that could help his chances. The real determining factor is how the Vikings approach the kick return job. If they keep Mike Boone and like Jeff Badet's return skills, they may elect to keep him. This seemed like a logical scenario, but Badet has missed practice recently. His inability to stay healthy will likely weigh into the personnel staff's decision.

Analysis: As I noted above, if the Vikings want to keep Khari Blasingame, they may decide to keep three tight ends. If the personnels staff wants to do this, it would likely require them to only roster two quarterbacks. From my perspective, I would like to see them keep ten offensive linemen. In order to do this and maintain the correct roster distribution, I would place Cole Hikutini or Brandon Dillon on the practice squad. After watching Oli Udoh in the preseason, I would not risk losing him via waivers. To keep him and preserve maximum depth on the offensive line, the team will need to either keep four tight ends and two quarterbacks or three tight ends and three quarterbacks. If the personnel staff believes Udoh won't be claimed on waivers, they may try to get him to the practice squad.

I'm excited to see how they use 12-personnel to utilize Irv Smith Jr.'s skills as a mismatch threat. Tyler Conklin has also improved his skills as a run blocker. This means he could have the versatility to be on the field more in 2019. It appears David Morgan could start the season on the physically unable to perform list. With that in mind, the Vikings are essentially keeping four tight ends and can add him to the rotation when he returns.

Analysis: The times have really changed at this position. Last year, we were trying to figure out which players we thought could contribute in 2018. Now, roster cuts have become more difficult because of the draft resources spent on the position. The overall personnel in this group has improved significantly.

Dakota Dozier was a sneaky signing in free agency. He has been serving as a swing tackle with the second-team unit and has performed well in the preseason. Brett Jones has put together one of the most consistent training camp and preseason campaigns. Dru Samia and Oli Udoh have both shown impressive flashes and the team will invest roster spots into developing them. I know many people think Aviante Collins and Danny Isidora should make the team. During his career, Collins has been unable to stay healthy and Oli Udoh has higher upside. Isidora has been performing better in training camp and the preseason, but again, it comes back to the potential return you can receive from investing in a young player like Dru Samia.

Analysis: This defensive line group is very, very talented. In my scenario, if they want to free up a roster spot for an extra tight end, they could decide to roster nine defensive linemen. If that happened, I'd probably consider cutting Jaleel Johnson. Armon Watts has played really well in the preseason and has the versatility to play nose tackle and three-technique. I never thought I'd even consider this, but if you're trying to free up a spot, this is probably where it makes the most sense. Under the instruction of defensive line coach Andre Patterson, Watts has extreme upside. Ifeadi Odenigbo has arguably been the MVP of training camp and the preseason. He could play a situational role on third down this season. The team also loves the potential upside of Hercules Mata'afa at three-technique. He can help in nickel pass rushing downs and is just scratching the surface of his potential. Despite the current numbers breakdown of my 53-man roster, I would keep ten players on the offensive and defensive lines.

Analysis: The Vikings have slowly created depth at the linebacker position. Mike Zimmer mentioned the possibility of keeping seven linebackers. This seems unrealistic for the final roster, but I think it's an adequate strategy until they sign another cornerback. They can keep eight defensive backs on the initial 53-man roster and determine a linebacker to place on the practice squad, after they add a new cornerback. There is certain to be one player who hits the market on Saturday that can help bolster the team's cornerback depth.

I'm keeping players who are producing on special teams and have the most upside at linebacker. Cam Smith can play all three linebacker positions and is the type of player this team can develop. Reshard Cliett has the length, range and tackling skills to serve as a backup linebacker. More importantly, he is reliable on special teams and developed nicely after spending time on the practice squad in 2018. Devante Downs has struggled getting off blocks against the run, but fits the system really well. When the team signs a cornerback, I'd place Devante Downs or Cam Smith on the practice squad.

Veteran Kentrell Brothers is a solid special teams player, but Reshard Cliett has better skills as a linebacker. This is a tough position to project because all of the players in the back half of the depth chart are really close in ability levels.

Analysis: The top-four players in the position group are locked in. The biggest question is how the Vikings will approach the fifth cornerback spot. Personally, I don't think the fifth cornerback is on the roster right now. This makes projecting the defense more difficult. The staff could free up a roster spot if they determine Marcus Epps' versatility between safety and cornerback can provide enough depth until they sign another cornerback. It would probably be a short-term move and allows them to keep a practice squad candidate (linebacker) until the first wave of cuts are complete. For now, this strategy is adequate while they find a cornerback on the waiver wire and Holton Hill returns from his eight-game suspension.

Analysis: I wouldn't be surprised if the Vikings looked at free agent safeties either. Marcus Epps is someone they can develop right now. They probably won't make more than two or three waiver claims, so Epps may earn a role on the 53-man roster and play special teams. His potential versatility as a cornerback is a big key for him. It is more important for the team to focus on signing a cornerback and wide receiver. I like some of the flashes I've seen from Derron Smith, specifically in coverage. I won't be surprised if he makes the squad, but I think this move gives them the most initial flexibility until they make post-roster cut signings.

Analysis: From the beginning, I've viewed the Kaare Vedvik trade as a move to upgrade the team's punting. Dan Bailey will handle field goals and Vedvik can serve as the primary punter and kickoff specialist. If the team needs to try a long field goal at the end of a half, they could put Vedvik in the game, too. We've witnessed so much inconsistency among the specialists, but eventually, you just have to choose three players and move forward.