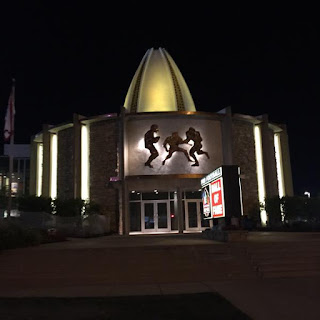 The Vikings will open the 2015 season by playing in the Hall of Fame game against the Pittsburgh Steelers. Daniel House previews the contest and tells you what to watch for as the preseason kicks off.


The Vikings will open the 2015 season by playing in the Hall of Fame game against the Pittsburgh Steelers. This will be the fourth time the Vikings have played in the legendary contest in Canton, OH. Their last outing came in 1997, when they knocked off the Seattle Seahawks 28-26. The game will be nationally televised on NBC as the NFL kicks off the 2015 slate. It will be the first look fans will have at each team to see how much they have developed since the 2014 season finale.

Here are five things to watch for as the Vikings open the preseason on Sunday, August 9th at 7 p.m. CT at Tom Benson Hall of Fame Stadium in Canton, OH:

How will the Vikings’ rookies perform in the spotlight?

The Minnesota Vikings’ rookies will be playing in their first official NFL game of their careers. All of the emotions will already be flowing for these players. Not to mention, they will be playing in a nationally televised game that honors NFL greats. Both Trae Waynes and Eric Kendricks will see extended action in this game. We will have our first chance to see how Waynes handles a wide receiver from an opposing team. Kendricks could work in some snaps with the first team in the nickel package. Danielle Hunter will be matching up with Steelers offensive tackle Mike Adams and it will be interesting to see how he responds to an opposing player. It is one thing to perform well against a teammate, it’s another to do well against competition from an opposing squad. Rookie offensive linemen Tyrus Thompson, Austin Shepherd, and T.J. Clemmings will all see extended action against the Steelers defensive line, as well. The coaches will need to see what they have from these players to decide how they will structure the offensive line this season. It also will be intriguing to watch playmakers Stefon Diggs and MyCole Pruitt against the Steelers defense. Diggs has been dominating practice and will be matching up with Antwon Blake or Brandon Boykin (if he plays) on Sunday. Pruitt will be used in a variety of ways and it will be the first chance to see how Norv Turner’s uses him in the offensive scheme.

Will the offensive line play better against an opponent?

As I’ve been reiterating, the Vikings offensive line has really struggled early in training camp. Now, we will see if it’s simply talent and knowing your opponent, or if the situation could be worse than we anticipated. In the short portion of time the first team is on the field, Matt Kalil will square off with Steelers left defensive end Cameron Heyward. It will be the first time Kalil has handled an opponent since the season finale in 2014. With some of the younger rookies seeing time, it will be intriguing to see how they react against different competition. Tyrus Thompson and T.J. Clemmings both have struggled, but playing a game can provide different clarify to the situation. At the end of the game, it will be worth noting how many sacks are given up on the offensive line. I have continually repeated the importance of the offensive line playing well this season and it starts with building confidence in the preseason action.

Wide receiver Cordarrelle Patterson has shown in training camp that he has taken the necessary steps to becoming a better route runner. Will these traits be applicable to the game? That is one question that can’t be answered until he starts participating in live action during the preseason. He will likely see snaps with the second team, but at this point, we don’t know how offensive coordinator Norv Turner will structure the wide receivers. During the game we could see three or four wide receiver sets with the first team that might feature Patterson being on the field. Patterson will be applying what he has learned to game action for the first time and it will be very interesting to see if it translates when he takes on the Steelers secondary in the Hall of Fame game.

Who will shine in the special teams group?

In training camp, special teams has been a major focus throughout the practice sessions. Being a valuable asset in this side of the game can assist many players in latching onto a roster spot with the team. The coverage and return teams will be tested by Steelers specialists Shaun Suisham and Brad Wing. Marcus Sherels and Stefon Diggs are likely to see reps as the punt returners, which is sure to be an ongoing battle through the preseason. The long snapper battle will continue and it is expected that Cullen Loeffler and Kevin McDermott will rotate the duties. Much of this battle will be decided by how comfortable Blair Walsh and Jeff Locke are with each of them. Both Walsh and Locke will kick in live situations and my eyes will specifically be focused on the punting aspect of the game. Last season, the punt team was unable to shift field position and that will be a critical aspect of games this year. Jeff Locke needs to show he can handle kicking with distance, along with being more accurate as he kicks balls inside the 20-yard line.

Tingelhoff gets the nod into the Pro Football Hall of Fame

The Vikings are playing in the Hall of Fame game against the Steelers as they honor former center Mick Tingelhoff being inducted into the Pro Football Hall of Fame. Tingelhoff is finally receiving the long overdue honor he has deserved since he ended his career in 1978. In his 17-year career with the Minnesota Vikings, Tingelhoff started 240 consecutive games. He blocked in all four Vikings Super Bowl appearances and the offense ranked in the top-10 in rushing 10 times during his career. While Tingelhoff was blocking, running backs rushed for 100-yard performances 40 times and that led to Tingelhoff appearing in 19 post-season games. Tingelhoff was considered an integral part of the Vikings success back in the 60’s and 70’s. He provided the ‘tough player’ mantra that the team lived by in those decades. Little did the Vikings know that when they signed him as an undrafted rookie out of Nebraska, he would become one of the greatest offensive lineman of all-time and later would be named a legend of the game as a Pro Football Hall of Fame member.