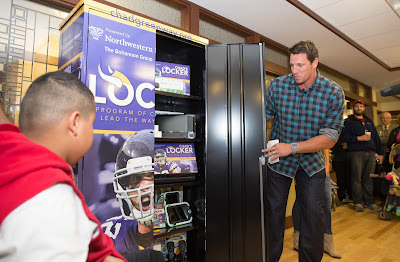 Vikings Corner needs your help to support Chad Greenway's Lead the Way Foundation. Find out how you can make a difference in the lives of families across the state. Join us in our friendly competition against other Vikings websites!

How are we going to do this?

With the help of the Daily Norseman, VikeFans, Vikings Territory, and Vikings Journal, we are partnering with Vikings linebacker Chad Greenway's Lead the Way Foundation to support the More than Words campaign. 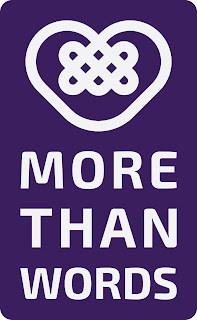 Chad Greenway has made a lasting impact on the greater Twin Cities community through his foundation. Greenway, alongside his wife Jenni, started Lead The Way in 2008 and have committed themselves to the community time and time again. The charity is estimated to have made an impact on over 350,000 people in the Twin Cities area. Programs such as the TendHER Heart Luncheon, Field of Dreams, and last weekend’s annual Gridiron Gallop are examples of programs that have increased the quality of life for so many in the area. In the end, we all felt the "Chad's Locker" program was an effort that Vikings fans could rally behind.

Chad’s Lockers are located in area hospitals and provide patients and their families access to notebook computers, video game systems, movies and other items to help them feel more at home during extended stays in the hospital.

In March of 2012, Lead the Way launched their first "Chad’s Locker" at the University of Minnesota Amplatz Children’s Hospital. The Greenway’s have remained committed to the program over the last four years. There are now four others in place, with a sixth planned to be unveiled this fall.

This challenge will not only help a fantastic charity, but it provides a friendly competition between the local Vikings web community.

Cumulatively, all of our sites have a goal of raising over $10,000 to provide much needed continued funding for the existing Chad’s Lockers. Chad’s Foundation has set up this page to make your donation on behalf of your favorite Vikings fan site. The “winning” site (to be finalized prior to the Vikings regular season opener) will receive a digital “More Than Words” trophy to be proudly displayed on their website over the next year.

Any type of donation would be greatly appreciated to help us reach our goal. Please spread the word to all of your family, friends, and co-workers. Throughout this entire fund drive, we plan to run some stories about the impact Chad's charity has on families. Our goal is to help the foundation and spread the awareness necessary for Chad Greenway to win the 2015 NFL Man of the Year award.

Thank you to Vikings Territory, Chad and Jenni Greenway, and the Lead the Way Foundation for the opportunity to promote this excellent cause. We all hope to reach our fundraising goal, while making an impact on families in the state of Minnesota.

Head over to the donation page and support Vikings Corner!! Follow the link: www.chadgreenway.org/donatechallenge

You will be taken through the payment process and once you fill out the necessary information, you will be allowed to select which Vikings website you would like to dedicate your donation to.

If you have any questions regarding the project or the donation process, feel free to reach out to me via email at vikings.corner@gmail.com.
Posted by Daniel House at 9:00 AM