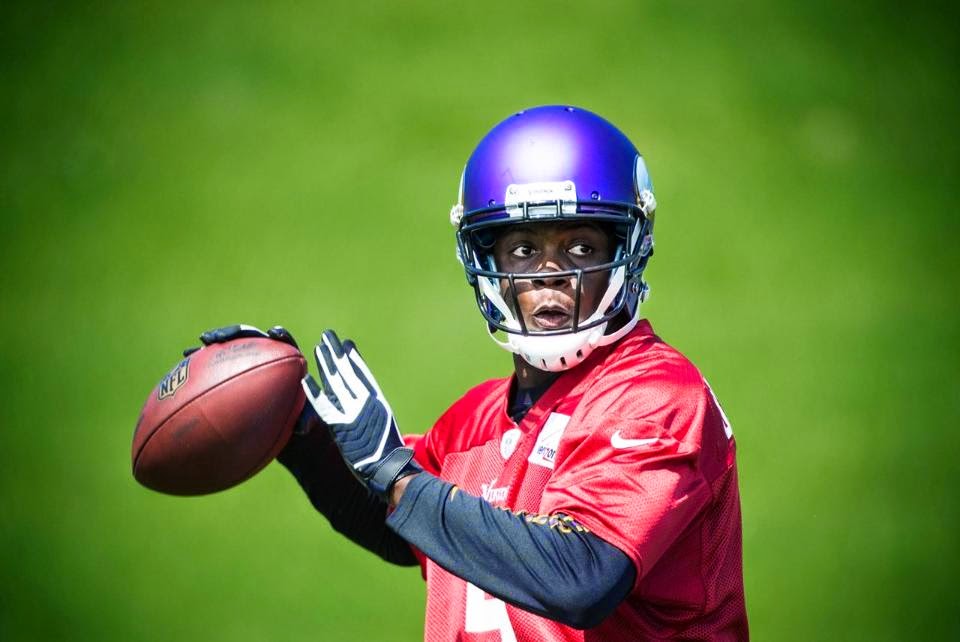 The Vikings kicked off their first OTA session today at Winter Park.


The Vikings are one of six NFL teams who opened their first session of organized team activities today. The team will have a total of ten OTA's over the three week span, which began to today.

No live contact is allowed, but 7-on-7, 9-on-7 and 11-on-11 drills in helmets and shorts are permitted. The Vikings may hold three OTA sessions per week through the first two weeks, but can hold a fourth day of workouts that apply to Phase 2 sanctions, which limits squads to four work hours in a day.

The Vikings opened OTA's and will continue the first of their OTA's through Friday. No media was allowed for the practice session on Wednesday, but will be accessible on Thursday.

The team was without three of their 2014 draft picks when the first practice began today. UCLA linebacker Anthony Barr, Oregon State defensive lineman Scott Crichton, and Stanford guard David Yankey are permitted by NFL rules to remain on their college campus until they conclude their final exams. Vikings coaches are allowed to work with the players on campus to learn the playbook and keep them up-to-date on schemes, but on-field work is prohibited.

As for extra-curricular work outside of OTA's, Vikings players may not be at the facility for more than four hours per day, more than four days per week and not during weekends, (per article 21 of the CBA) and they can't be on the field longer than 90 minutes per day outside OTAs.

Below is the schedule for the remainder of the third phase of the Vikings offseason:

For highlights of today's practice, read the recap from Vikings.com writer, Mike Wobschall.