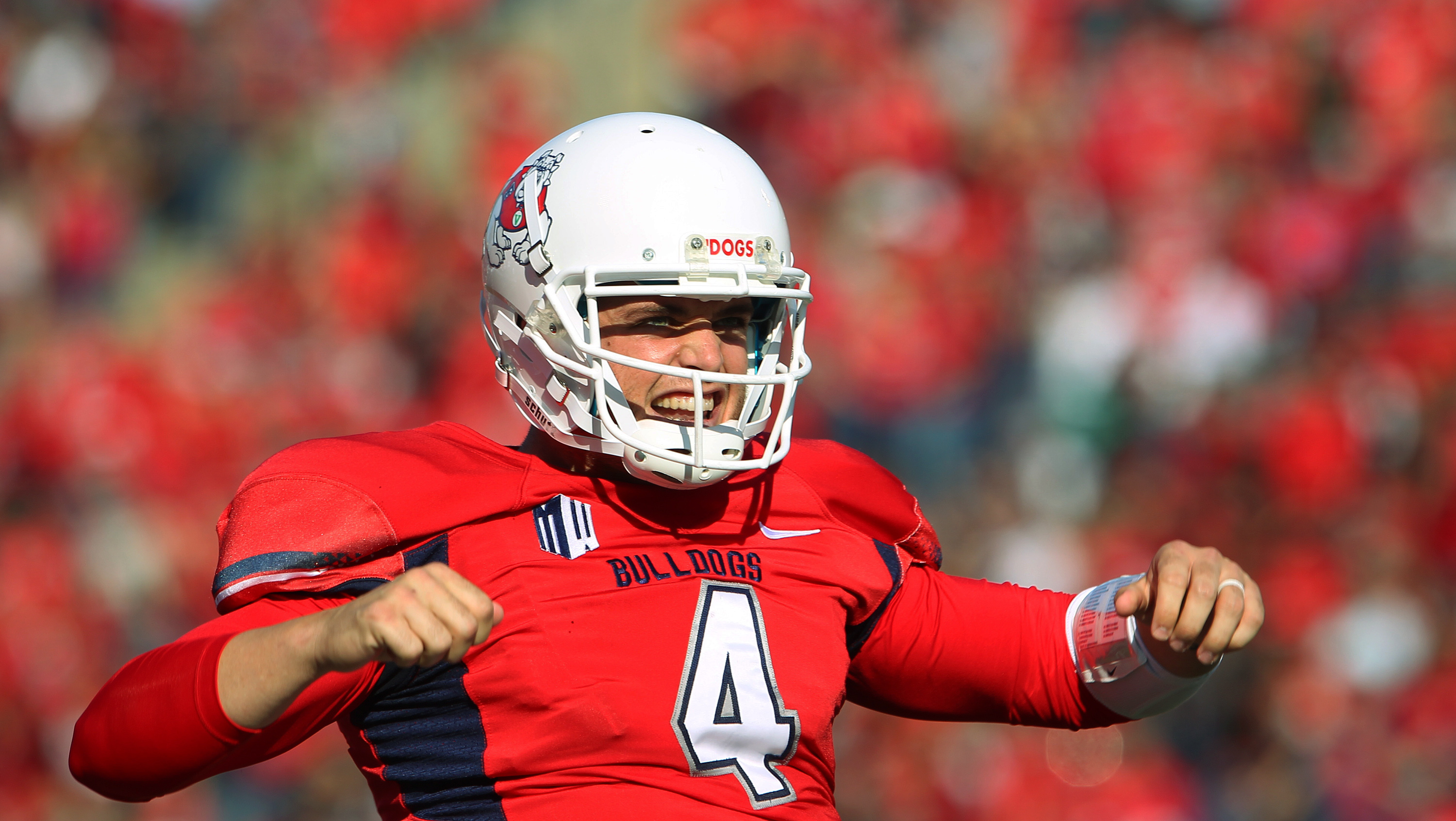 Could Derek Carr be an option at the quarterback position for the Vikings? Daniel House profiles his college career and discusses how he could translate to the NFL.


I have continued to evaluate players that have sparked interest from fans on Twitter and I now present my profile on Fresno State Quarterback, Derek Carr.

Many have asked me about my thoughts of Carr as a quarterback for the future of this team. At the right pick, I feel Carr could be acceptable for Vikings. I don't see Rick Spielman pulling the trigger at pick number eight, but if he fell to the second round, or the Vikings traded into the later portion of the 1st round, it could happen. He has work to do from a footwork standpoint and I worry he hasn't faced an elite level of competition that will translate to the league. Norv Turner could develop his skills and I would be open to the possibility of selecting Derek Carr.

Here is my profile: 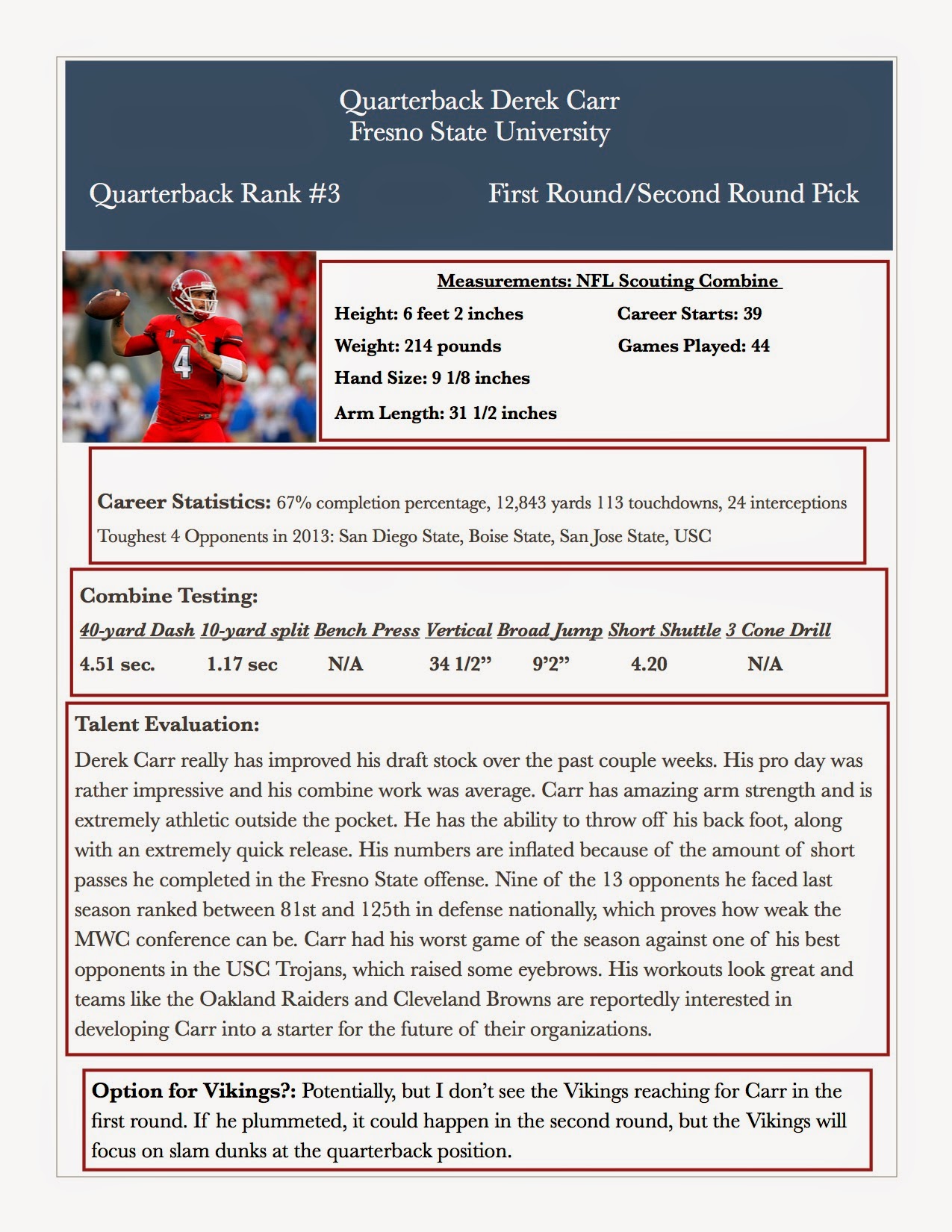