Mike Zimmer's toughness is the essential need for the Vikings 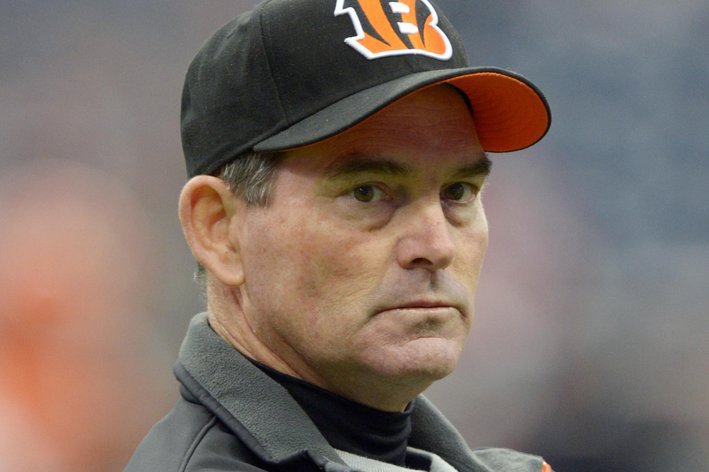 The Vikings have slated a second interview with Mike Zimmer this week, but why is he considered a perfect candidate for the job? Daniel House explains his elite defensive pedigree in this post profiling Mike Zimmer.


Mike Zimmer has interviewed for five head coaching positions this season and the Vikings have shown continued interest in the veteran NFL coach. After a meeting earlier this week in Cincinnati, the Vikings have reportedly scheduled a second interview with Zimmer in Minnesota on Tuesday. In his 20th year of NFL coaching experience, he has developed a defensive pedigree among the best in the league. After spending six seasons as the Cowboys defensive coordinator, he built his resume in 2003, directing the NFL's best defense. Zimmer was strongly considered to be the Cowboy's new head coach in 2007, but the team leaned towards Wade Phillips instead. He left the Cowboys to join Bobby Petrino's staff in Atlanta, until Petrino sent the organization into a tidal wave. In 2008, he inherited an awful Bengals defense that was near the bottom of the league in every defensive category. In just a season of work, he turned Cincinnati into the 12th ranked group in the league. Much of this was attributed to his motivational aura and his ability to bring the best out of every player on the roster.

The following is an excerpt from an ESPN.com article published in 2010:

He gathered his team in a meeting room and pointed to the seventh-round draft picks, the washed-up veterans, the guys, he said, that nobody else wanted. He asked them to raise a hand if they ever had been cut from a team. Outstretched hands filled the room.

He has been successful through a non-traditional method of coaching, which has been directly correlated to the success of the Bengals defensive unit. Zimmer has stressed the importance of group film sessions as a defense, rather than the traditional method of breaking into position group meetings. He believes this provides players the full education of the defense, rather than their individual responsibilities that they are accustomed too. Zimmer believes through this method, it helps simplify the defense and forces other players who are on the field, to understand the defense as one whole setting.

It has worked well for the Bengals defense, as they have gone from one of the NFL's worst units to one of its best. They finished the regular season ranked third in the league in yards allowed (305.5) and tied for fifth in points allowed (19.1) - their third straight year in the top 10 in both categories.

With a Vikings defense that was historically bad this season, it will seemingly make perfect sense for the team to be looking for a defensive mind to change the scheme and bolster the group. By hiring the Mike Zimmer, the Vikings could finally do away with the Tampa-2 defense, which has plagued this organization since 1996. Zimmer has had experience in 3-4 and 4-3 schemes, but his success has come in the 4-3 set with the Bengals over the last six seasons. He won't make the decision on his defensive scheme until he becomes acquainted with the personnel, but with the pieces the Vikings have in place, the 3-4 defense could be a beautiful fit. With Brian Robison, Audie Cole or Michael Mauti, and Everson Griffen standing up on the outside, along with Chad Greenway in the middle, the defense could be a fearsome front. Sharrif Floyd saw experience in the 3-4 as a DE at Florida and he could easily make the transition to that role on the defensive front. If Kevin Williams returns, he could fit in the middle of the 3-4 and the Vikings would just need to decide who could be the third pass rusher on the defensive line. It is not a certainty that Zimmer will run a 3-4 defense, but with his past success coordinating this defense scheme, it seems likely he will at least install a hybrid 3-4 defensive set, along with the 4-3 he ran in Cincinatti.

Not only has his pedigree proven himself as a reliable coordinator and potential head coach, but other individuals such as former Cowboys head coach and Hall of Famer Bill Parcells have praised Zimmer's coaching ability.

"I don't know what they're waiting for with this guy. He can coach." Parcells told the New York News Day.

This goes a long way for Vikings front office brass and ownership, especially with owners Zigi and Mark Wilf, who have a strong connection with Bill Parcells and the Mara Family, who owns the New York Giants. Zimmer brings the edge and toughness that the Vikings were missing with Leslie Frazier last season. His outspoken nature and ability to rally his defense has sang praises among players he has coached in the past and present. Deion Sanders believes it is time for Zimmer to become a head coach in this league and he stated this in a recent tweet involving Zimmer.


Great story on Mike Zimmer. He's 1 of the best coaches I've ever played for Period. He should be a Head Coach!!!! Great job @TomJackson57
— DeionSanders (@DeionSanders) January 5, 2014

Ultimately, the Vikings head coaching process is coming to an end very soon and with second interviews starting this week, Minnesota should be choosing their coach by the end of this week. If indeed Mike Zimmer is the head coach of this team, his toughness, out-spoken nature, and pedigree on defense are all areas that can benefit this team. Leslie Frazier was a defensive mind and couldn't get the job done, but Zimmer provides an edge that forces these players to improve and take their games to the next level. It all starts with the coach, along with the system and the Vikings brass has an immense amount of pressure to make sure they hire a coach that can provide this necessity. Zimmer has the pedigree and with the right set of coaches, it seems likely he could be the man the Wilf's and Rick Spielman have been yearning for since the early days of this coaching search.