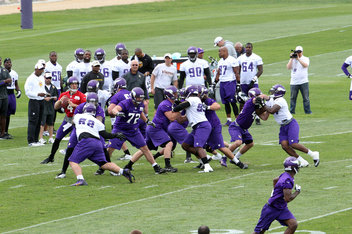 Jackson is a versatile player who lines up standing up or with his hand on the ground outside the tackle, also at the three-technique. He uses his length to hold the line of scrimmage despite a taller build ands wrap up ball carriers in his immediate area. Jackson is explosive from his stance in pass-rushing, too quick for some linemen and also is capable of swatting them away with his hands when he wants to win the inside battle.

Follow Jackson's journey as he searches for his place with the Vikings organization. We will have continued coverage and will follow him throughout our time in Mankato.