﻿﻿﻿﻿How can we not be excited for a new Minnesota Vikings stadium that is set to open in 2016? On Monday evening HKS and Mortenson construction unveiled their plans for the new stadium. The stadium shaped like a Vikings ship, gives a nostalgic feel to a storied franchise. The endzone includes glass doors that open and close for exposure to the Twin Cities skyline. The concourses will be roughly 48 feet wide and include 1,200 HD TV's throughout the stadium. One of the main issues at the Metrodome was you could never leave the game to use the restroom or you would miss a critical play. Now that problem is resolved and provides fans with an addition to their game day experience. The stadium will hold 65,000 seats, including some of the closest seating views in the NFL. It also will be expandable to 73,000 seats for a Super Bowl. The roof will be fixed, but includes a ethylene tetrafluoroethylene (ETFE) roof that will provide light into the stadium. It is the largest glass roof in the world and will connect fans to the beautiful city of Minneapolis. The endzone areas will include some of the largest HD video boards in the NFL and will bring in-game highlights to a new level. The stadium will also be a multi-purpose building and will provide jobs and revenue to the state. The stadium has the capability to host more events than any other large stadium in the world, including NFL football and a Super Bowl, MLS soccer, NCAA basketball and baseball, high school sporting events, motocross, concerts, conventions, marching band competitions. In turn bringing exposure to the city and tourism to Minnesota. 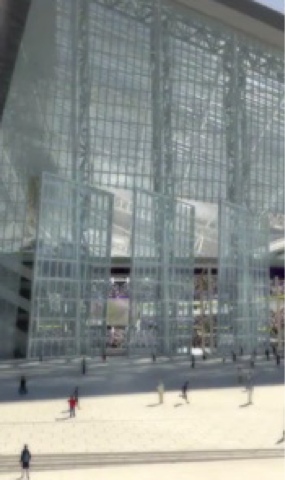 How will the new stadium effect fans who currently are season ticket holders? There really will be no change if you keep your season tickets through the Vikings quest to TCF Bank Stadium in 2014 and 2015. The Vikings have said they will attempt to place season ticket owners in a seat relative to their location at Mall of America Field. The main question mark will be the pricing of a stadium with 7 levels and 2 general admission areas with some of the best views in the NFL. The Vikings discussed a Stadium Builder's License (SBL) to help fund some of the additional construction costs of the project. This would significantly raise the price for season ticket holders and would result in a one-time fee ranging from $8,000 to $32,000 pet seat. The Vikings would lose fans if this were to happen and most of the seats would be corporate business purchases. The Vikings sent an email in December educating fans about SBL's and received a less than pretty reception. We haven't heard much about this topic and won't likely be informed until the end of the 2013 season, when prices for all sections are released. I wouldn't be surprised if the Vikings announced the decision, but the SBL pricing would be reflected in some of the box and luxury suites. This would provide the common fan with affordability to attend a game at the new stadium.

It certainly will be interesting to see state of the art construction in the Twin Cities area. With Target Field, TCF Bank Stadium, and Siebert Field already in the metro area, the state of Minnesota will have some of the best facilities in the nation. Naming rights are currently being discussed and fans are really hoping that the stadium is named after storied former head coach, Bud Grant. TwinCities.com's Charley Walters recently reported that 3M was the "front-runner" to be the naming rights holder of the stadium. The dream name being discussed by fans is Bud Grant Field by 3M. The Vikings want fans to have an active role in the process of building the facility and will definitely be hearing the voices of fans asking for Bud Grant's name to be placed on the world class facility.

You can feel the positivity buzzing throughout Vikings fans and certainly among those close to the organization. I can wait to the feel the chill of the team taking the field for the first time at the world class stadium. Pride will be flowing and a much needed blend of football and a state of the art facility will be brought to Minnesota once and for all.